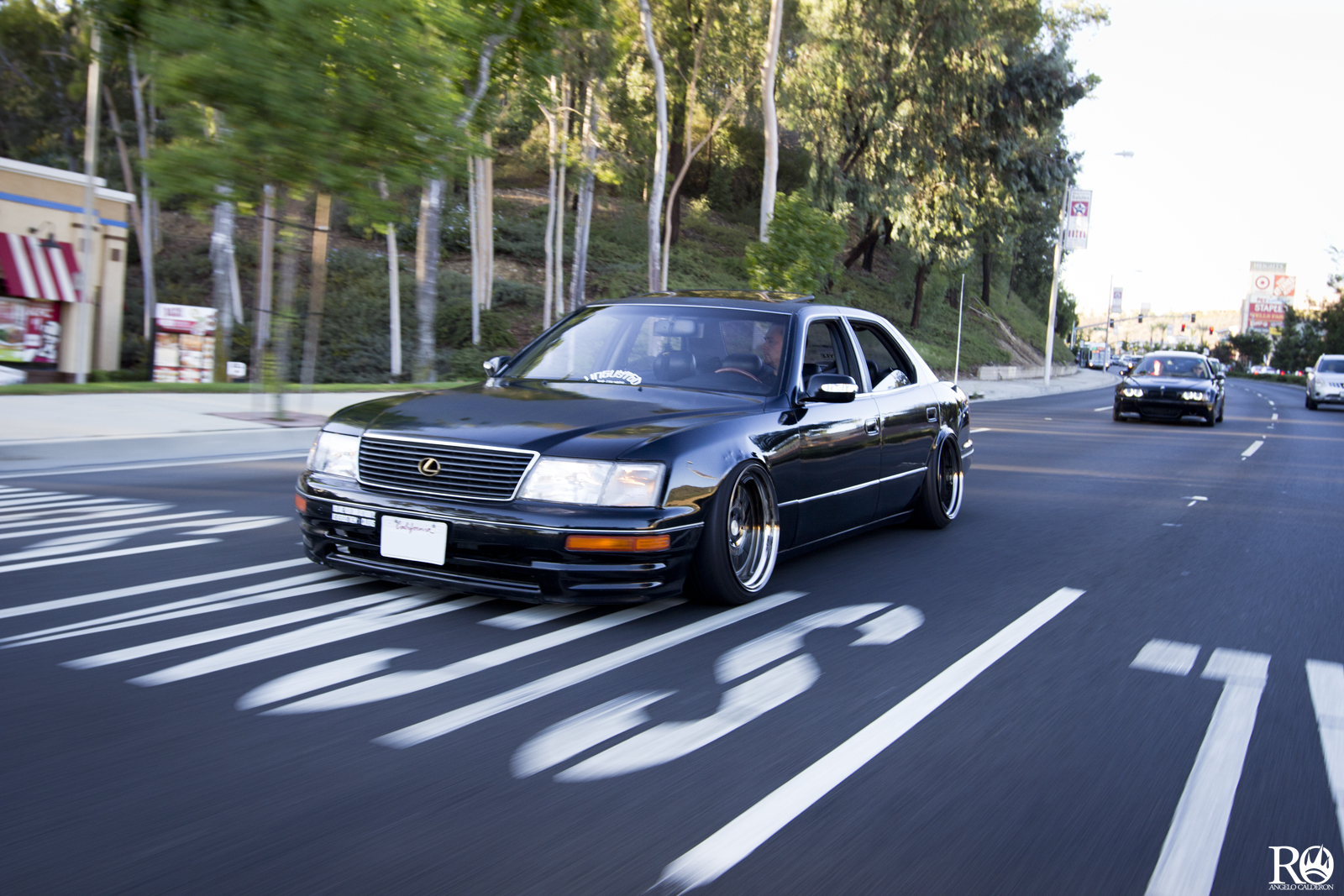 He Said, “BAGS ARE FOR GROCERIES”

Hello Everyone! I haven’t blogged on this site for so long that I pretty much forgot how everything worked. Well, actually, I don’t think I ever learned how to use this site properly in the first place, so it doesn’t really matter. But anyways lots of awesome things have been happening to me within these last couple of weeks. I recently picked up a new camera and lens so I was pretty excited about that.

But forget about all my bullshit talking and let’s get into the badass shit. The car you see below your pupils belongs to a good friend of mine that goes by the name of Zack. As soon as I picked up my new camera, he coincidentally purchased some wheels for his LS400, so me being the excited one with a new camera, automatically asked him if he was down to do a photoshoot. He happily agreed so we set a date and time to make it happen. Unfortunately the first time Zack and I met up, I had decided to use my crappy Canon UV filter on my 24-70. This filter sucks ball sack and I have no clue why I used it, so all the pictures I took came out blurry as fuck. I was really upset but Zack said it was cool and would let me re-shoot it the following week. We shot it again the following week, and this time I had my new 16-35 with me. It was my first time messing with a wide angle lens, and all I could say is, it is super awesome!!! I am still learning how to use it so some of these pictures may look a little weird and that’s because I was positioning the car the wrong way for a wide angle, but I’m still learning so don’t scrutinize me please!

This LS 400 is one of the lowest, if not the lowest, static LS400 state wide. Zack decided to do something a little different, he wanted to go with a VIP style car but also rock that sporty look at the same time, and this is the result. He decided to run a custom set of Rotiform SJC’s in sizings of 18×10-23 and 18×12-13, yup rub your eyeballs and squint a couple of times cause those specs are correct. Zack decided to match those with a set of KSPORT COILOVERS, not bags. You will understand why I caplocked coilovers. He also had his exhaust straight piped so this thing sounds like a monster. The car may look a little janky at the moment but it is still in its beginning stages, so don’t even judge it yet. He has paint and legit body work in the works already. He also has a set of studio RCA’s coming in so you will definitely see this thing cambered out “back to the future style.” Believe it or not, he also plans to lower the car some more. I told him he’s crazy, but that’s Zack, he will push it to the absolute limit.

Zack does all the work on his car, and let me tell you, he puts a new definition in the word “HOODRAT.” Zack does not give a single fuck when he works on his car! 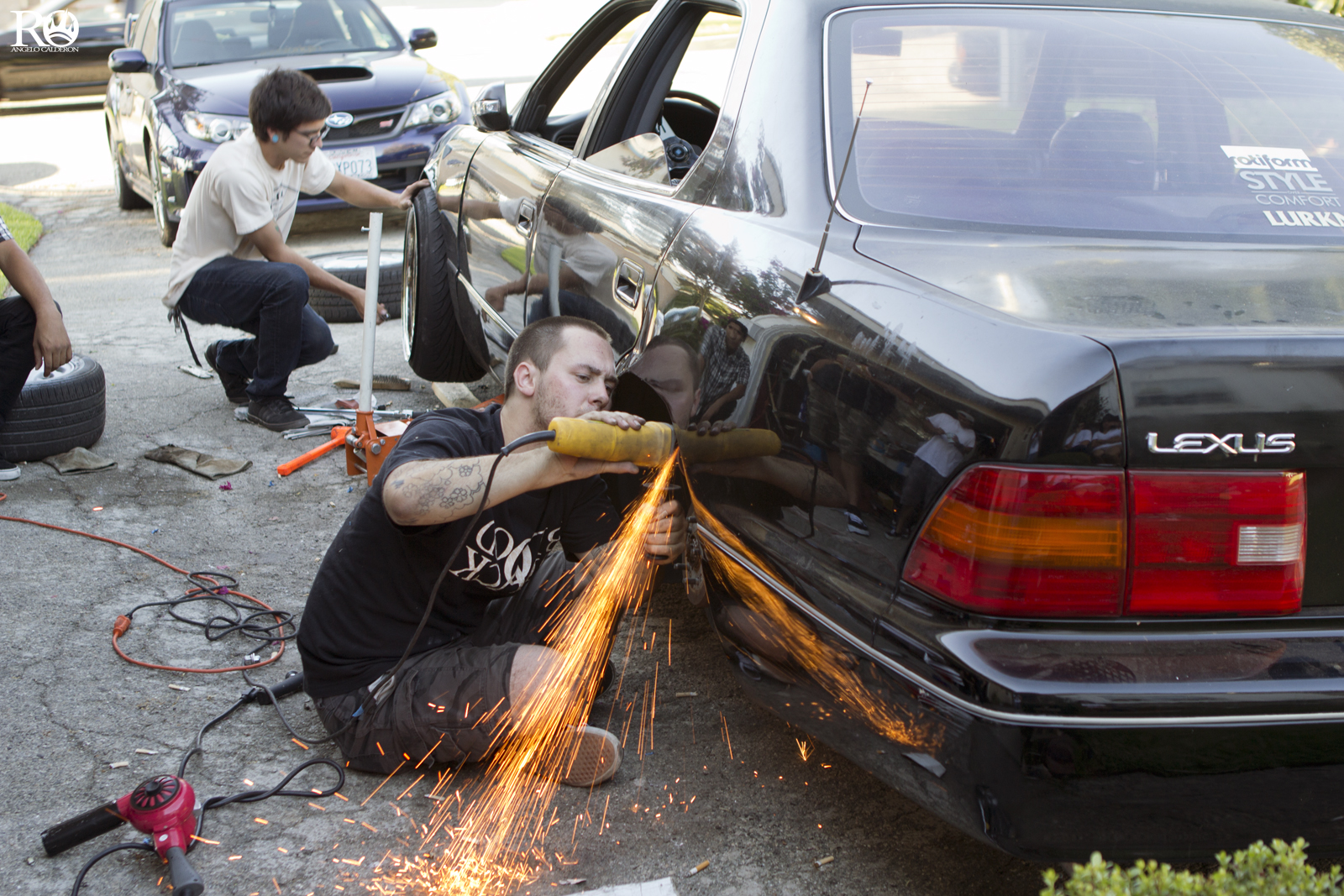 This is probably the best shot I took of the car using the 24-70 during the first shoot. 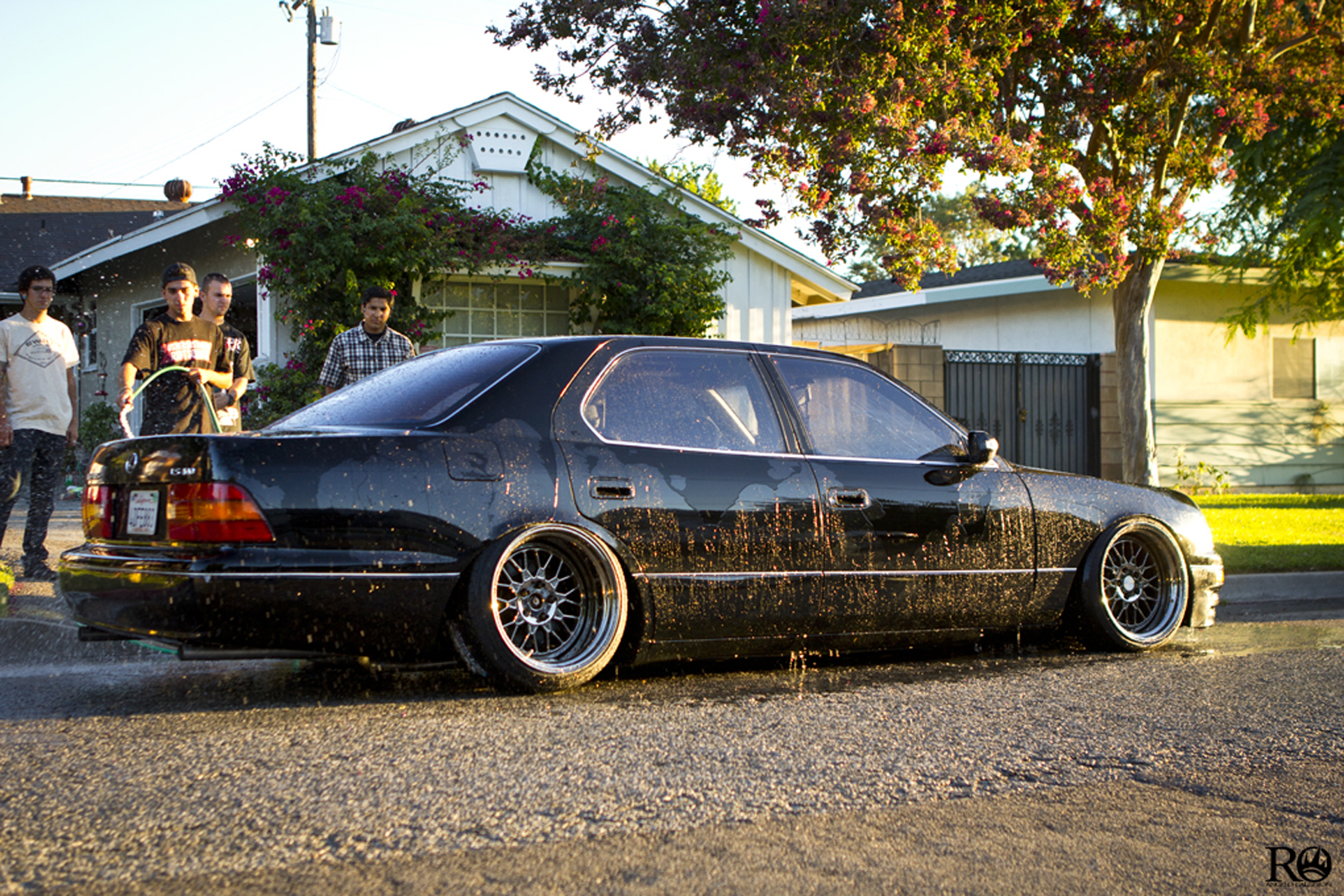 This thing is so gangster, gangsters are scared of it. 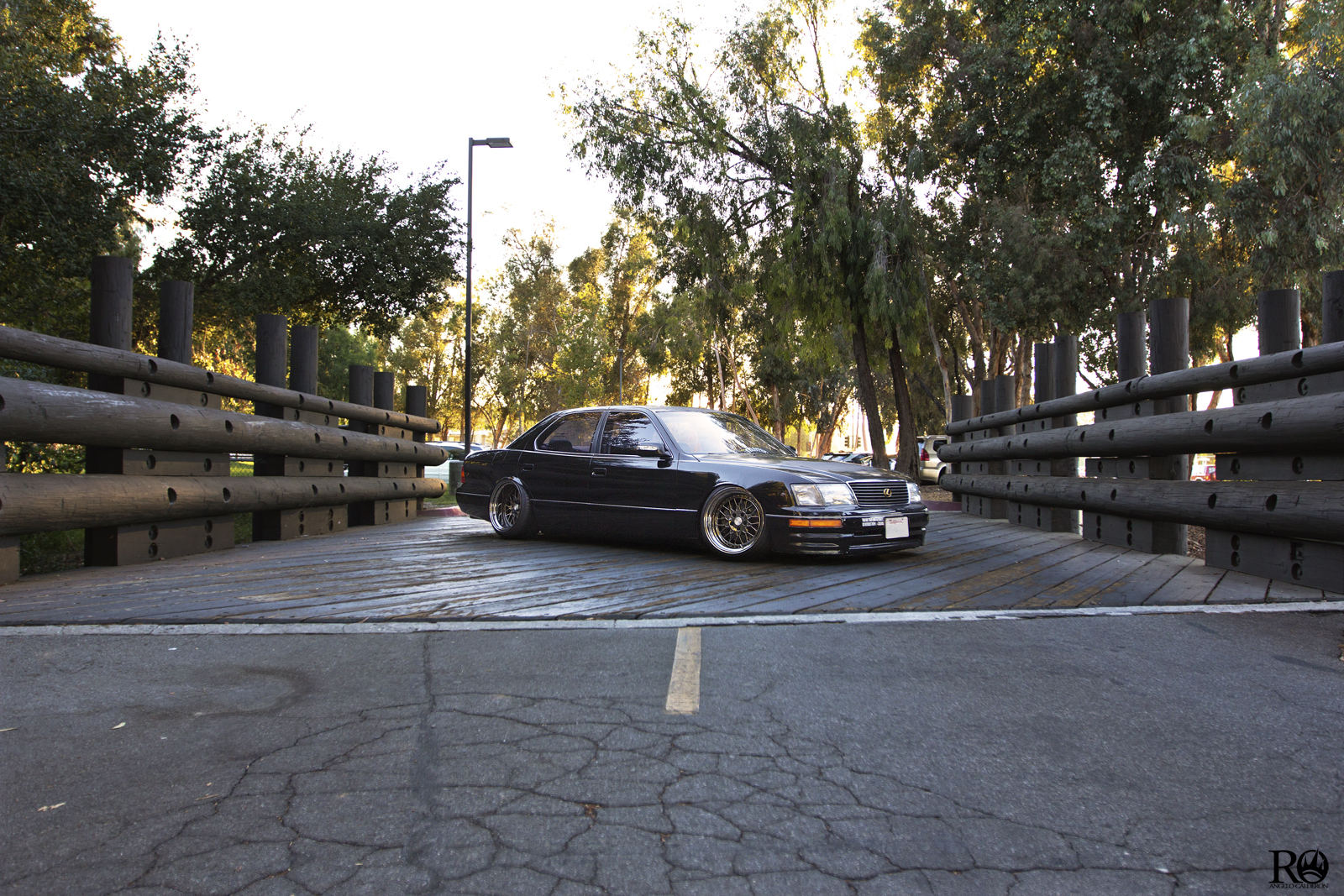 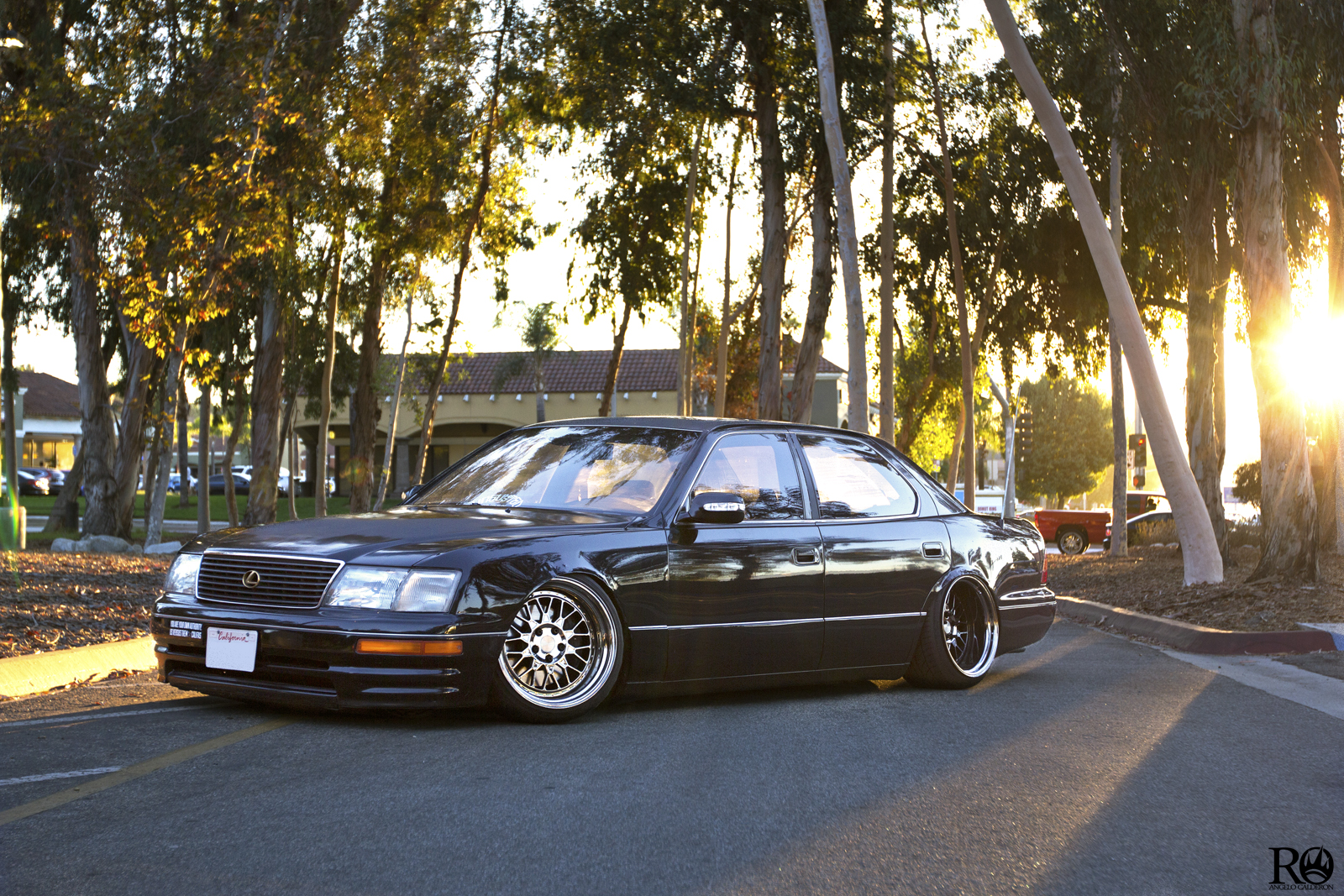 The camera is sitting completely flat on the floor in this pic and there is still a part under the car that is completely and utterly black. Just looking at it gives me the jitters. 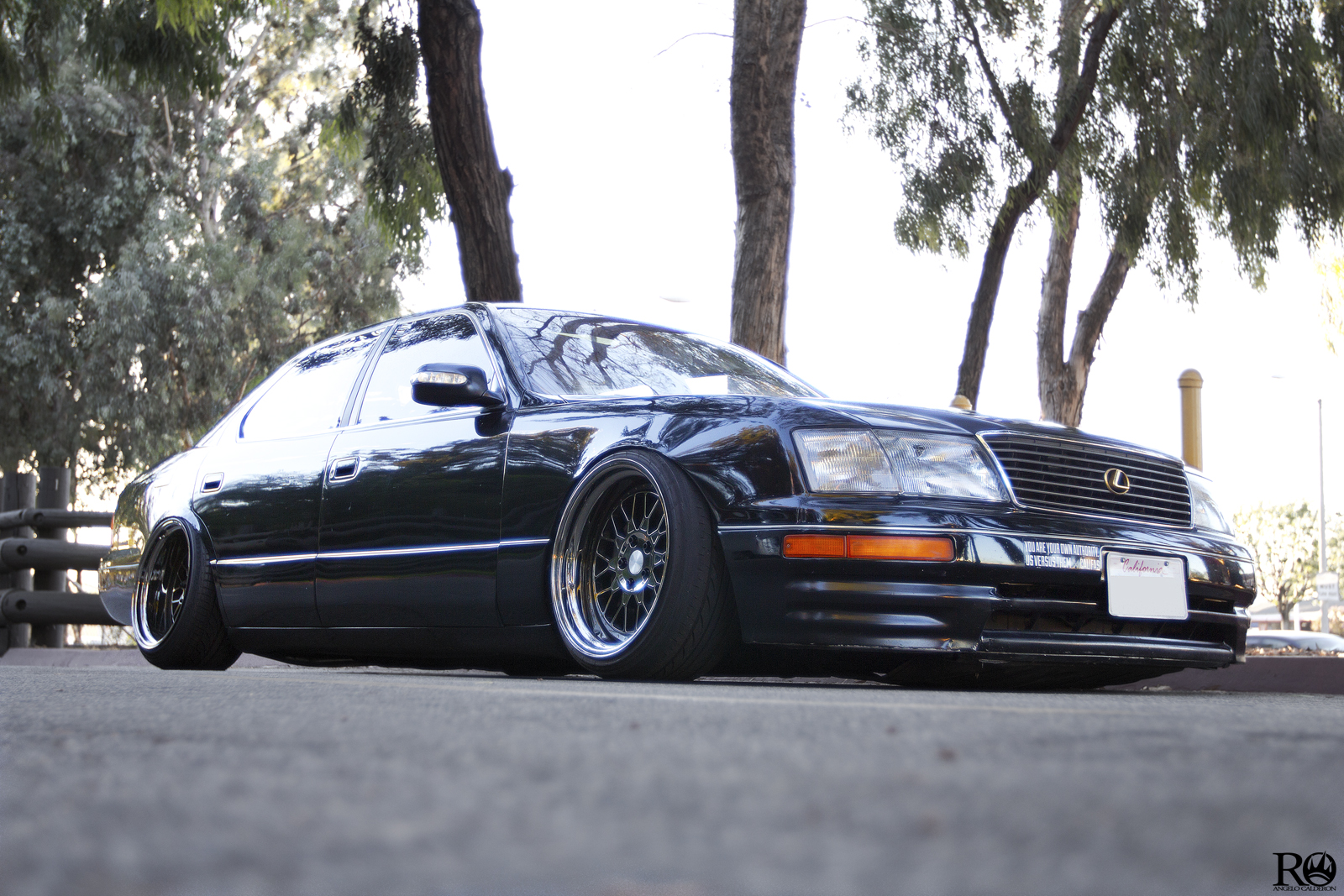 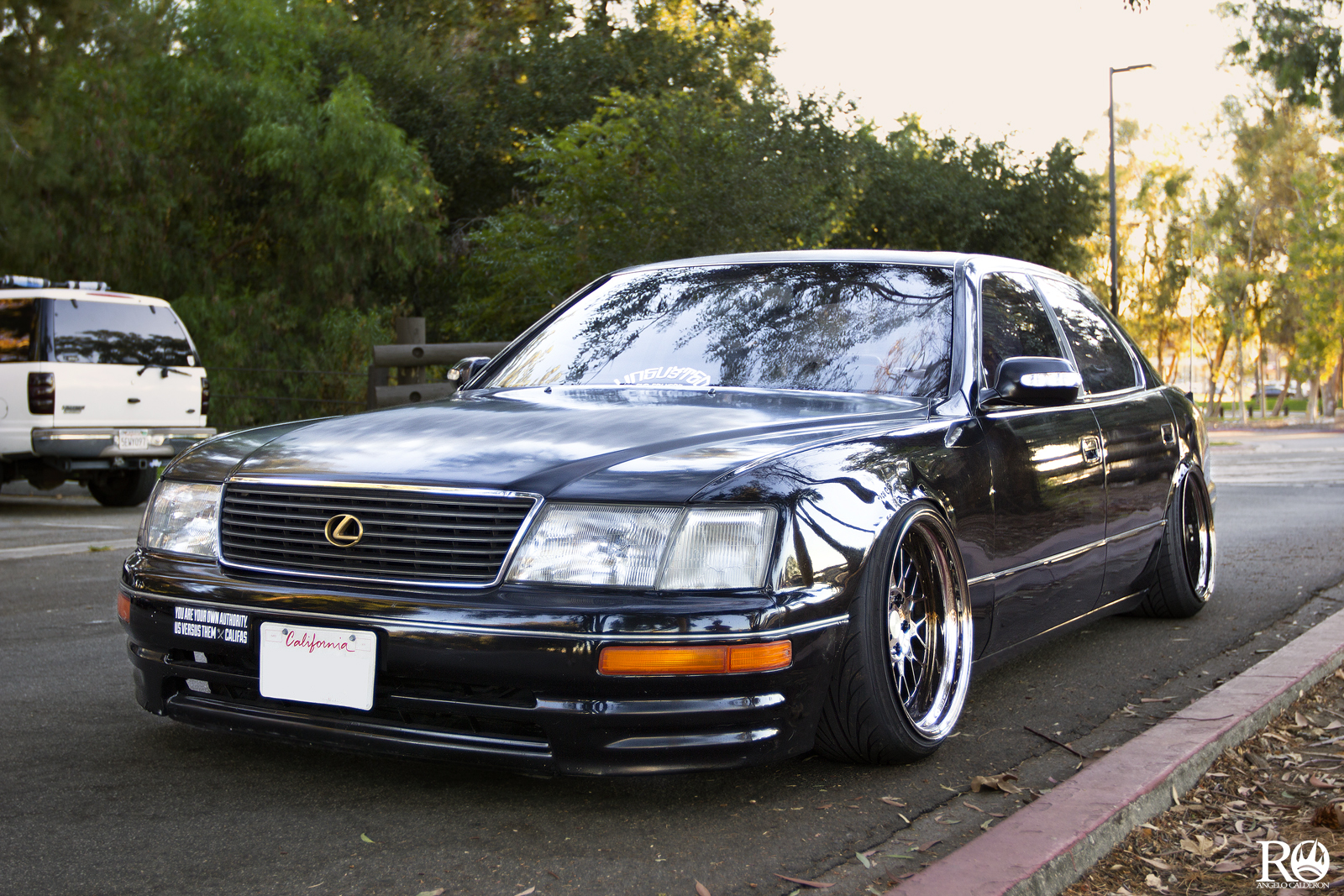 A simple interior with a Nardi Woodgrain and Fusa as well as his dashboard lightshow he sees every time he drives. 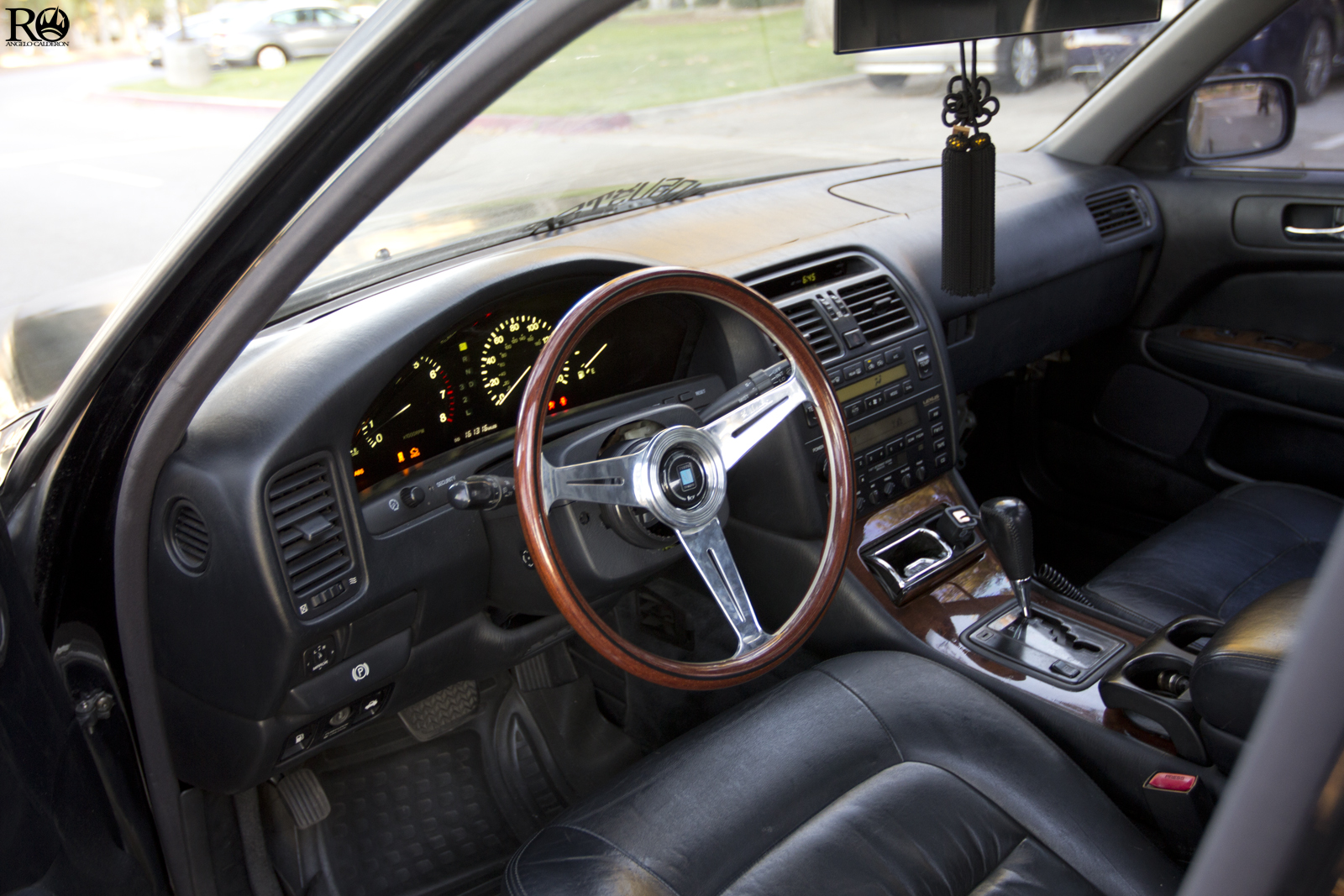 Here is a shot that we took at an underground parking lot. 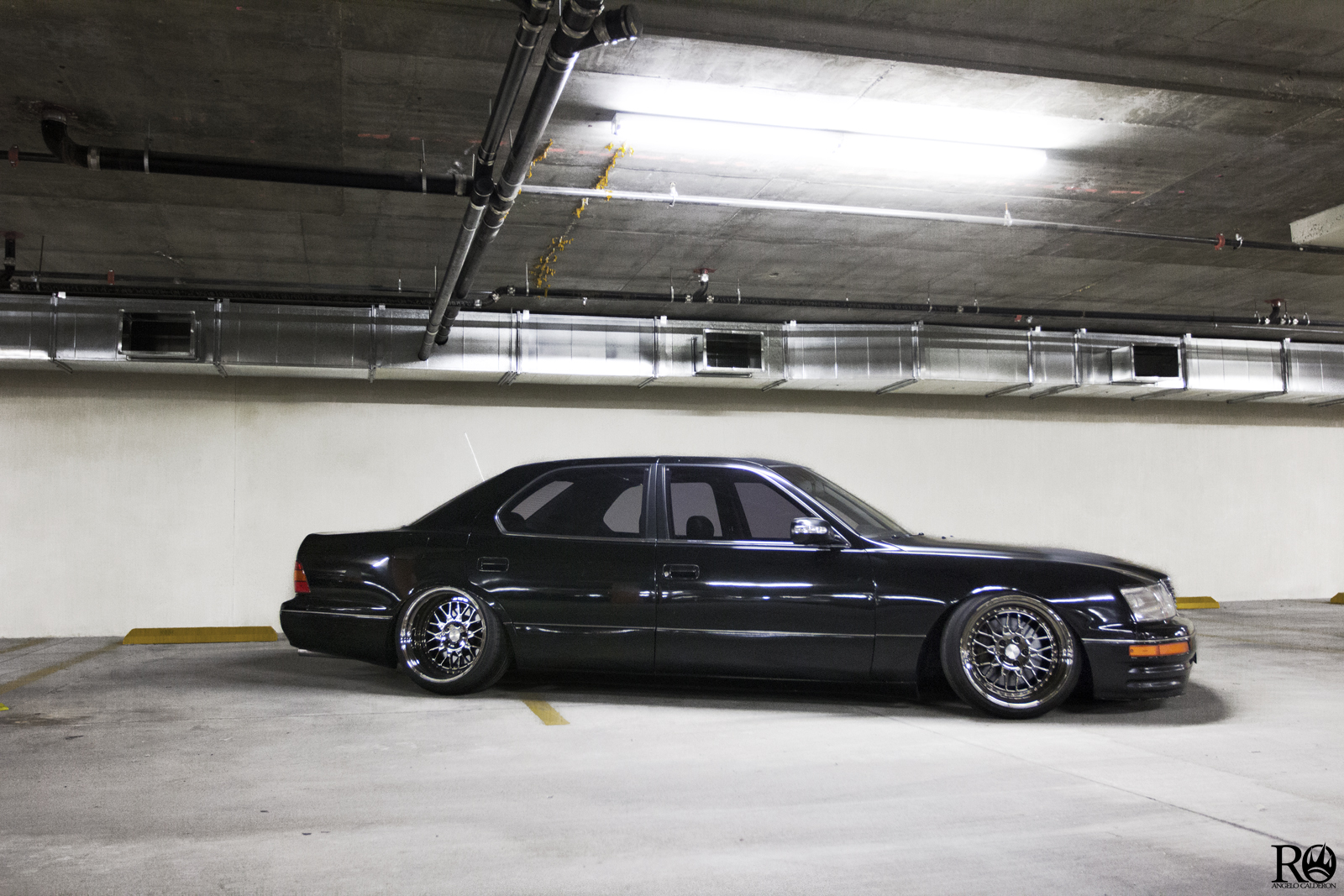 Rolling shots are awesome with this new wide angle, and I would have to say these are best ones I have ever taken. 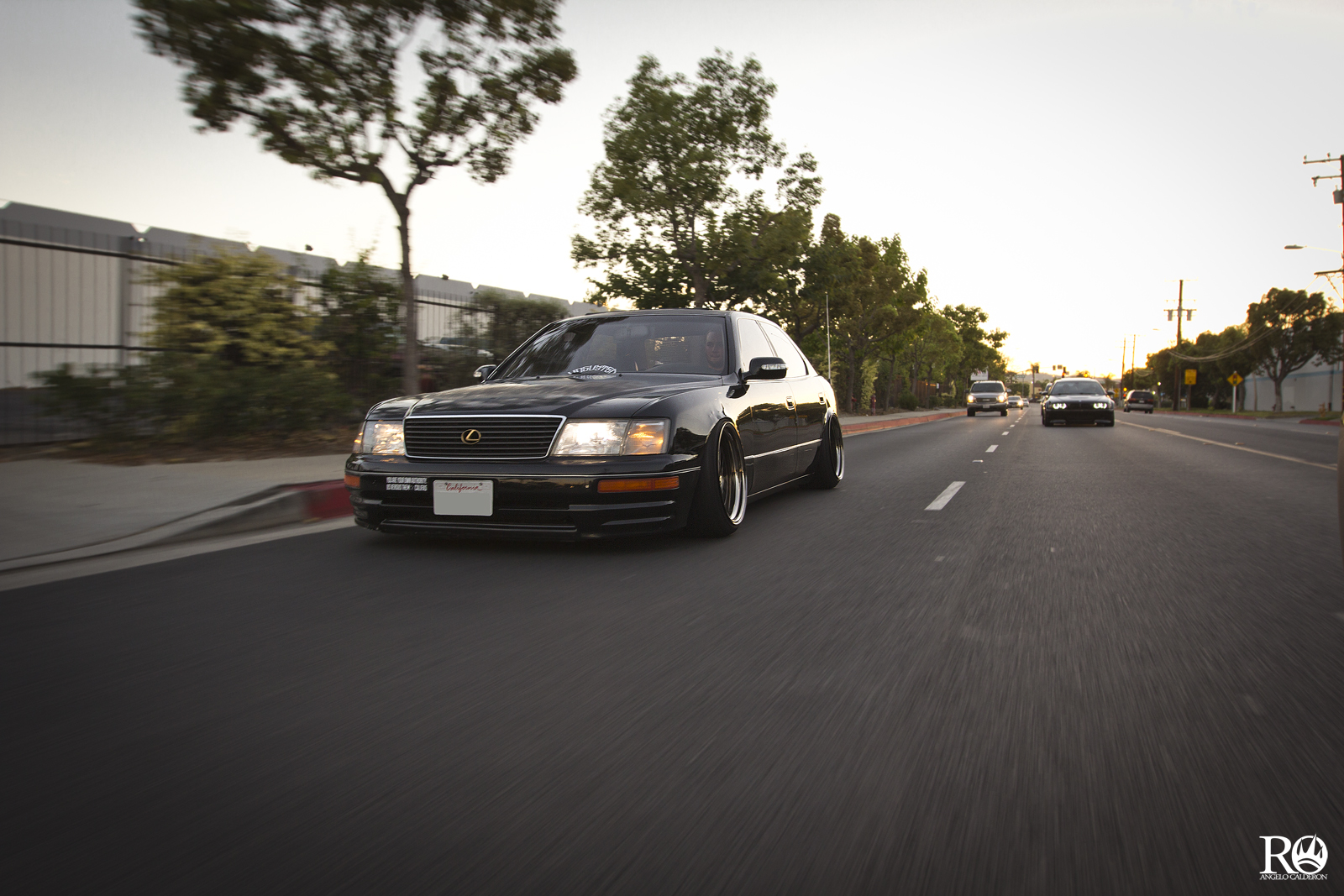 I wanted to end this with Zack doing what he does best, and that is not giving a single fuck about his car. Here is a short clip of his “technique” way of getting into driveways.

Sorry for all the reading, I haven’t blogged in a long time so I just had to let everything out. But a big thanks to Zack and his unsuited crew! Hope you all enjoy! 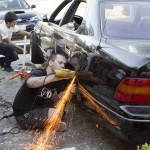 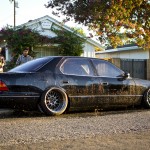 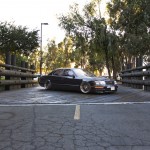 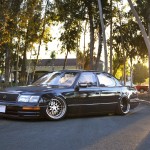 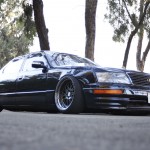 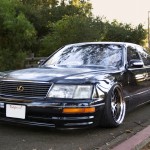 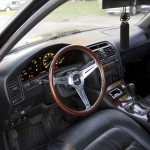 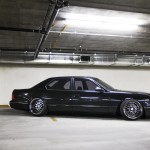 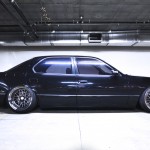 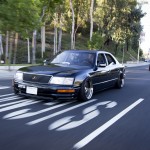 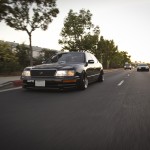 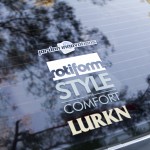 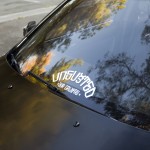