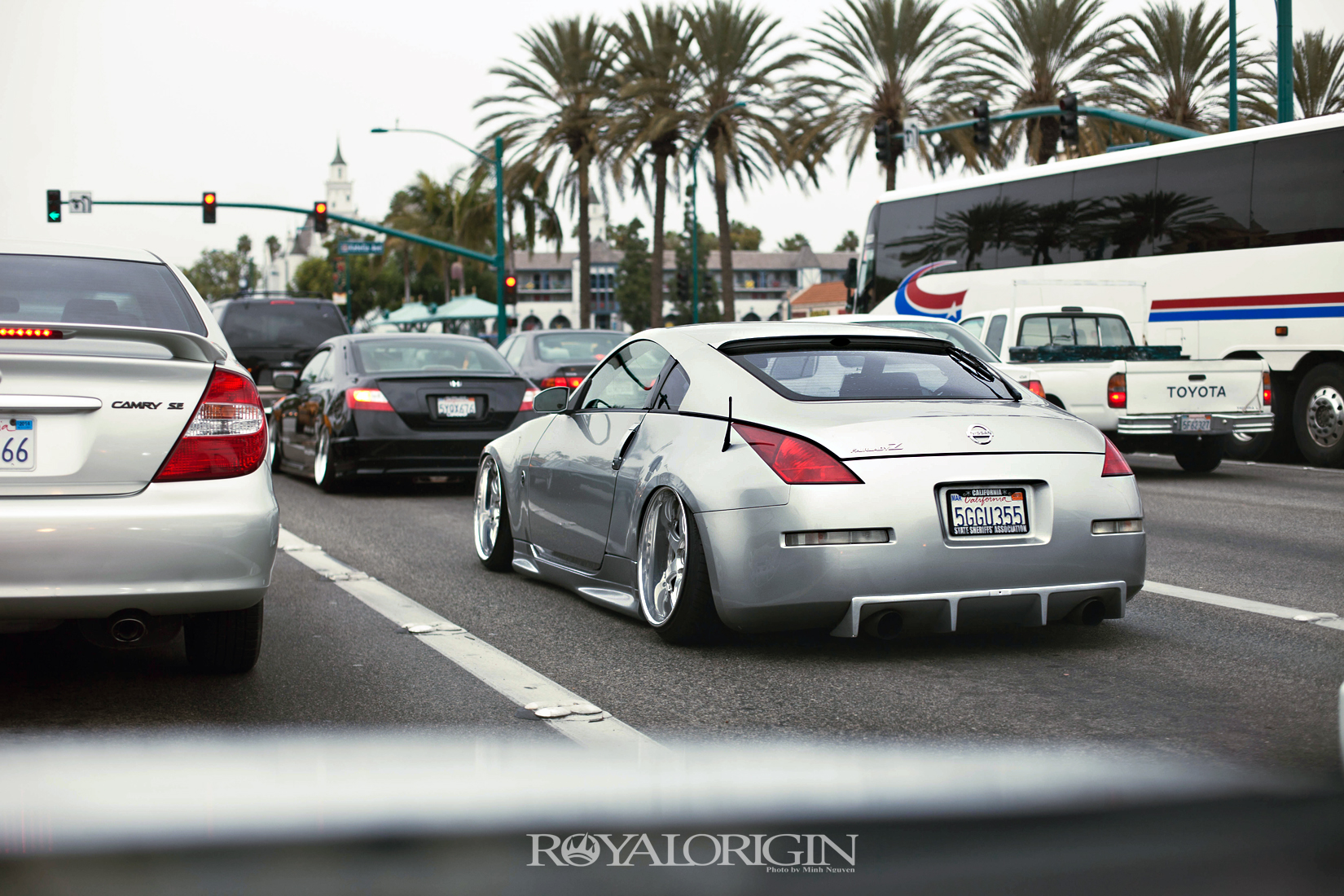 Being low has its problems. People are always saying, “I wouldn’t be able to lower my car like that because of the roads in my area.” The roads are fucked up everywhere, you just learn to adapt to the conditions and remember where the bad roads are. In Vegas though, it’s another story. The roads there are buttery smooth and steep driveways are nonexistent. The only place you have to worry about is the strip and the hotels’ massive speed bumps, probably there for those drunk drivers who like to speed.  This is a lowered car friendly city and that’s why we love to visit so often. 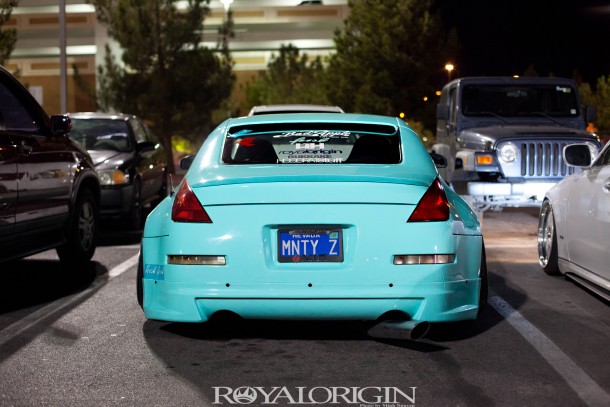 One of the lowest cars in Vegas would be Miguel’s Minty Z. Problems he usually has driving in Vegas would be the abnormally large lane reflectors that Vegas has. His side skirts usually become loose at every lane change. 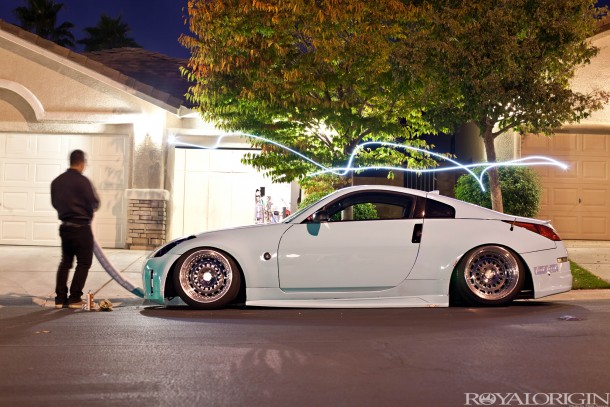 Here, we spent the night helping him sticker bomb his front lip, which ended up uglier than we thought it would be. The idea was right, the execution just wasn’t there. 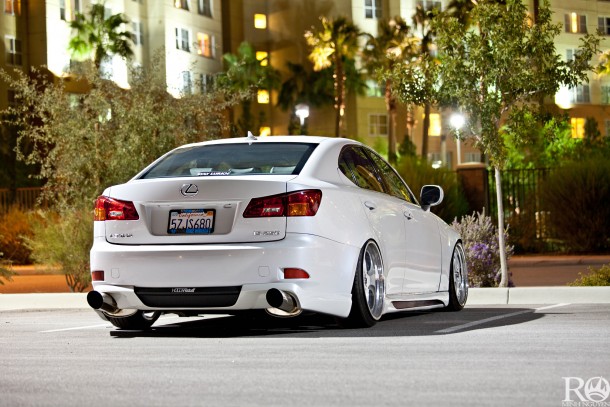 We did a little photo shoot with DJ Murdok which I will post later on. Got a cool shot of my IS250 during the shoot. 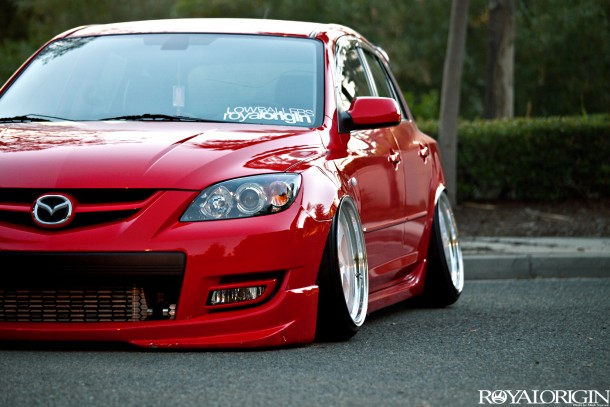 Back in Cali, we had just gotten back from Vegas and thought it would be cool to shoot Shavi’s car and see it leave the garage for once. Surprisingly, it didn’t take much effort to get out of his driveway. The Garage Vary lip can take a beating and it did because Shavi just went straight out of the driveway like it was nothing. 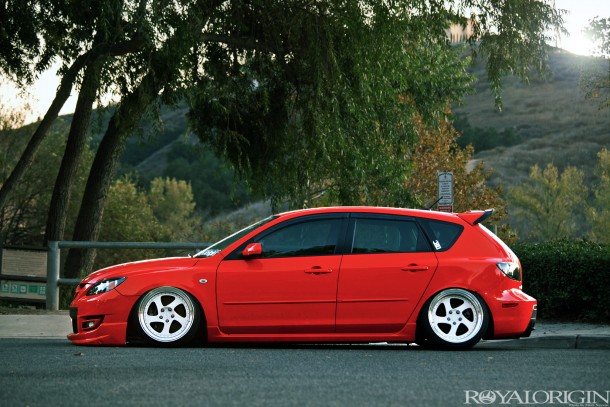 If I was an ant, I would be very afraid of seeing Shavi’s car on the road. 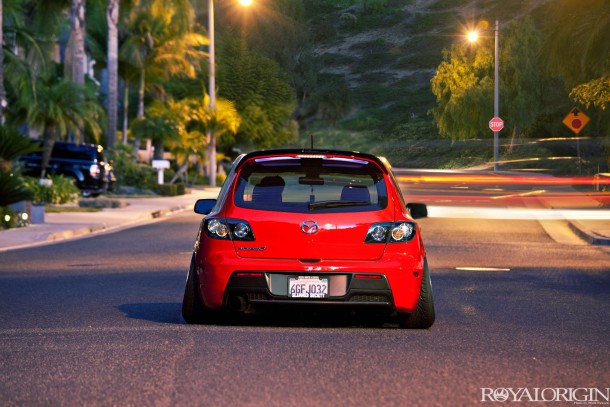 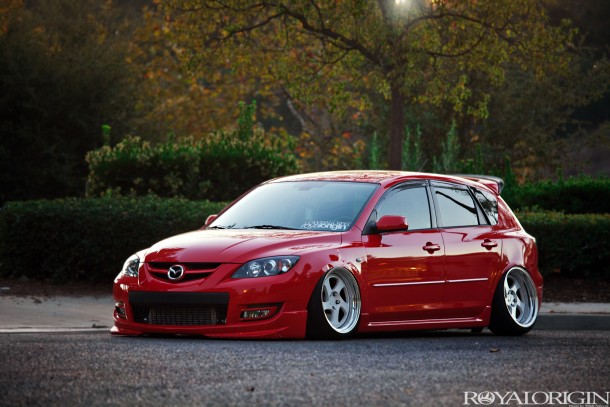 We were very surprised it actually made it down the street to shoot. I’m not even sure how Shavi gets this thing to shows. 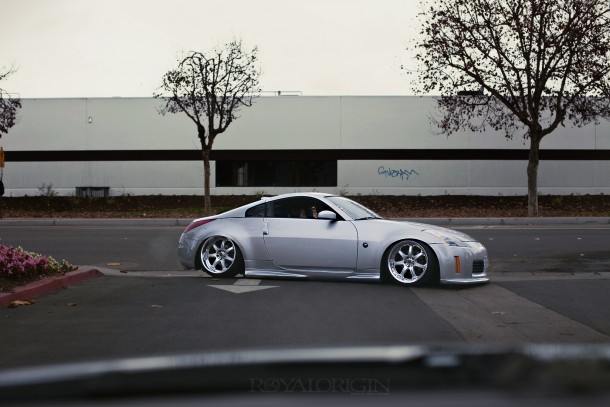 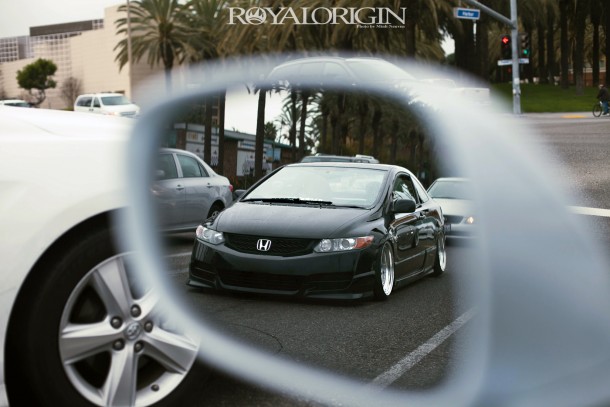 We wanted to get some Earl of Sandwich at Downtown Disney so we went cruising around with the Colonel of Stance. 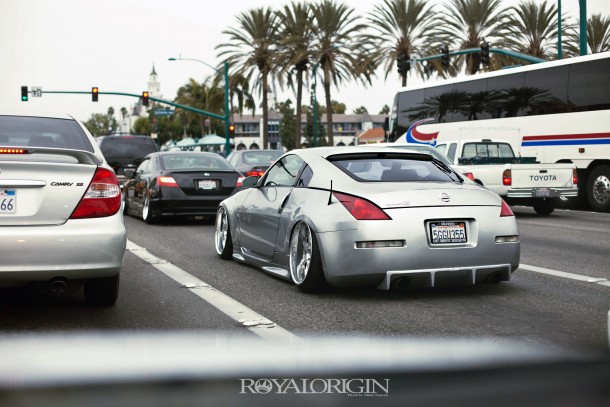 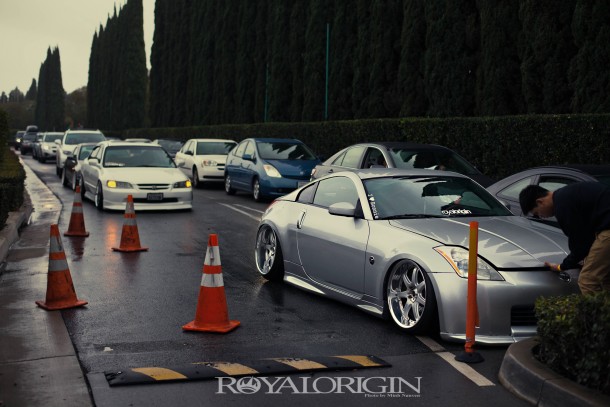 We hit an unexpected speed bump on the way there, not a figuratively speaking speed bump, but literally a speed bump. Jimmy’s car was having some battery problems, so when he was trying to get over the bump, his car got stuck and stalled. We kind of caused traffic… 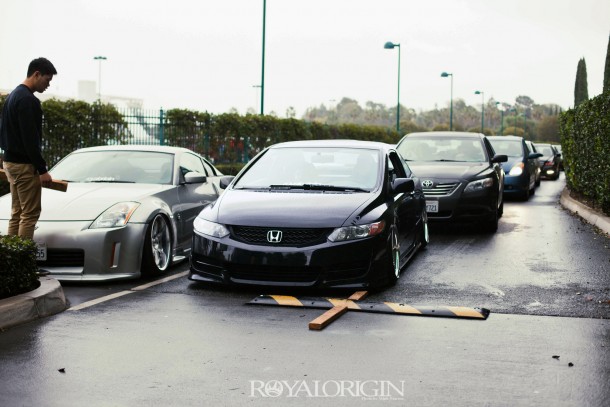 Good thing Angelo was there with some jumper cables and wood to get over the speed bump. The Disneyland park security ran up to us and said that parking was free and we didn’t have to wait…right…we were waiting to pay for parking 😉 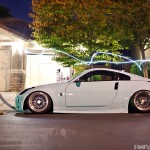 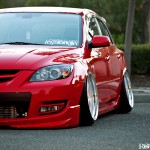 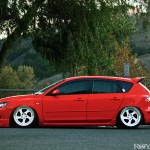 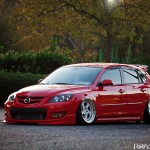 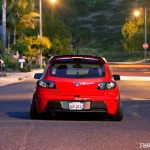 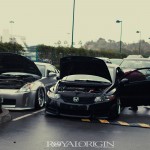 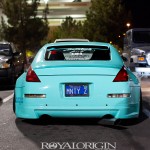 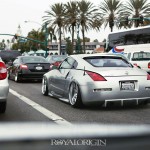 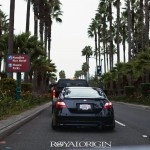 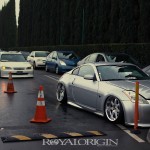 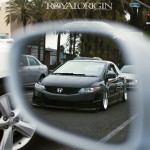 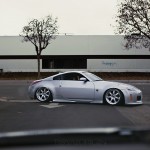 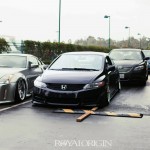 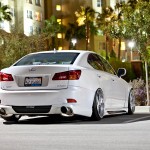