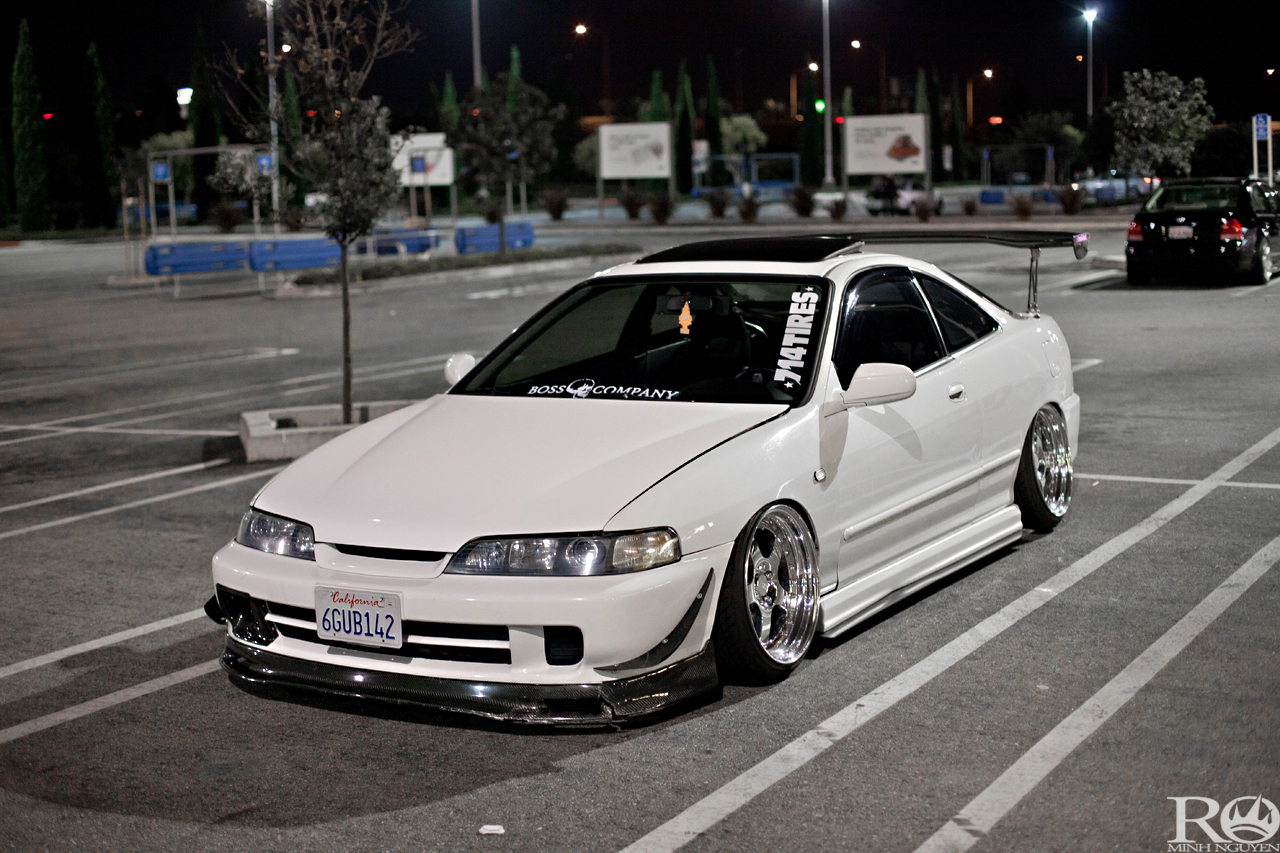 Honestly, I didn’t really care for John’s Integra when he had his XXR’s. It looked slammed and cool but it really didn’t do anything for me. One day I saw him roll up to Big Vinh’s house and it was like seeing a totally different car. He had just acquired some CCWs LM5’s and his car totally blew me away. Apparently, he only bought the XXRs to calculate his fitment for these wheels since he would be getting a custom set made. The other night, Yoshi planned to shoot his car, but being the BOSS John was, he came late and the shoot turned into a hangout in front of IKEA. 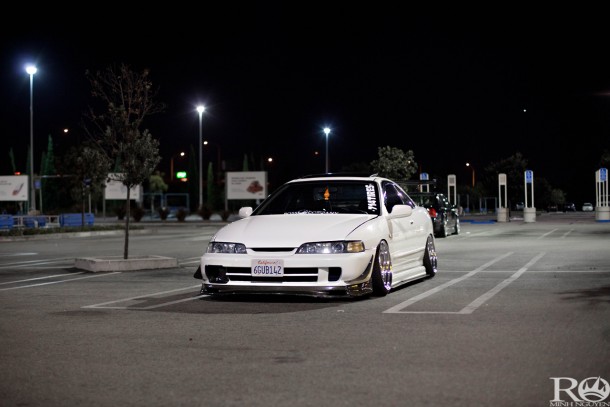 So aggressive looking, even from a far. 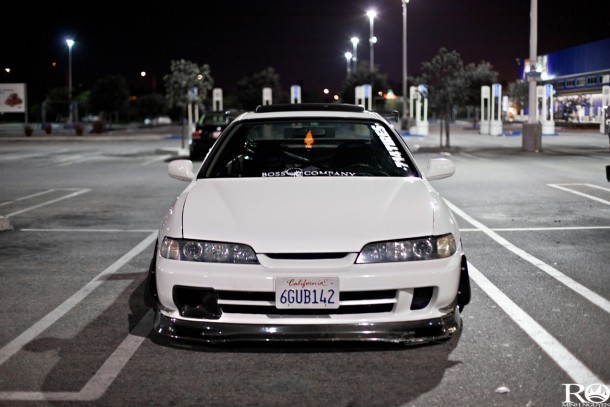 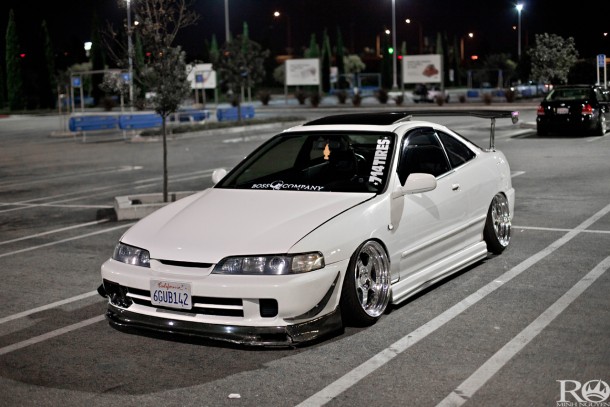 People might say this car is confusing, hella flush fitment with a track outed body kit and wings. Well John would say, “fuck you” and continue on with his greasy burrito. I like how he mods his car the way he wants because the last time I checked, it was his money he used to buy these parts not anyone else’s. 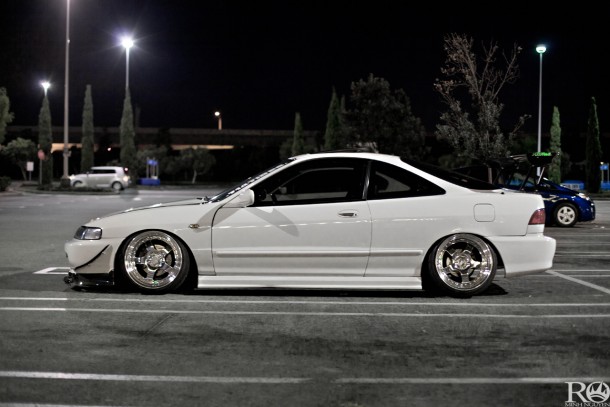 John says he want to tuck more rim. I told him the car looks good as is, but you never know what John is going to do next. 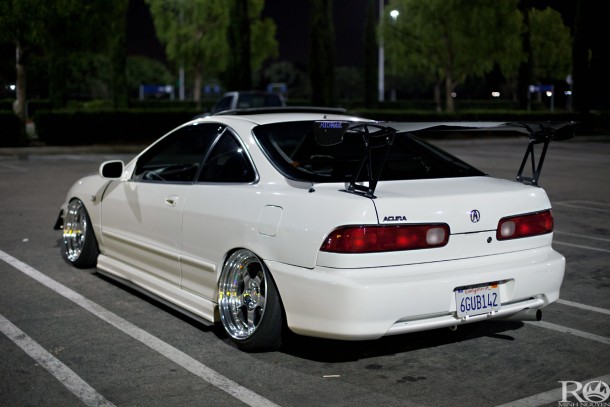 John didn’t get a wing for performance purposes. It’s actually for when you’re eating in the parking lot and there’s no place to set your food on. John has a table for everyone to place their drinks and food. What a good friend. 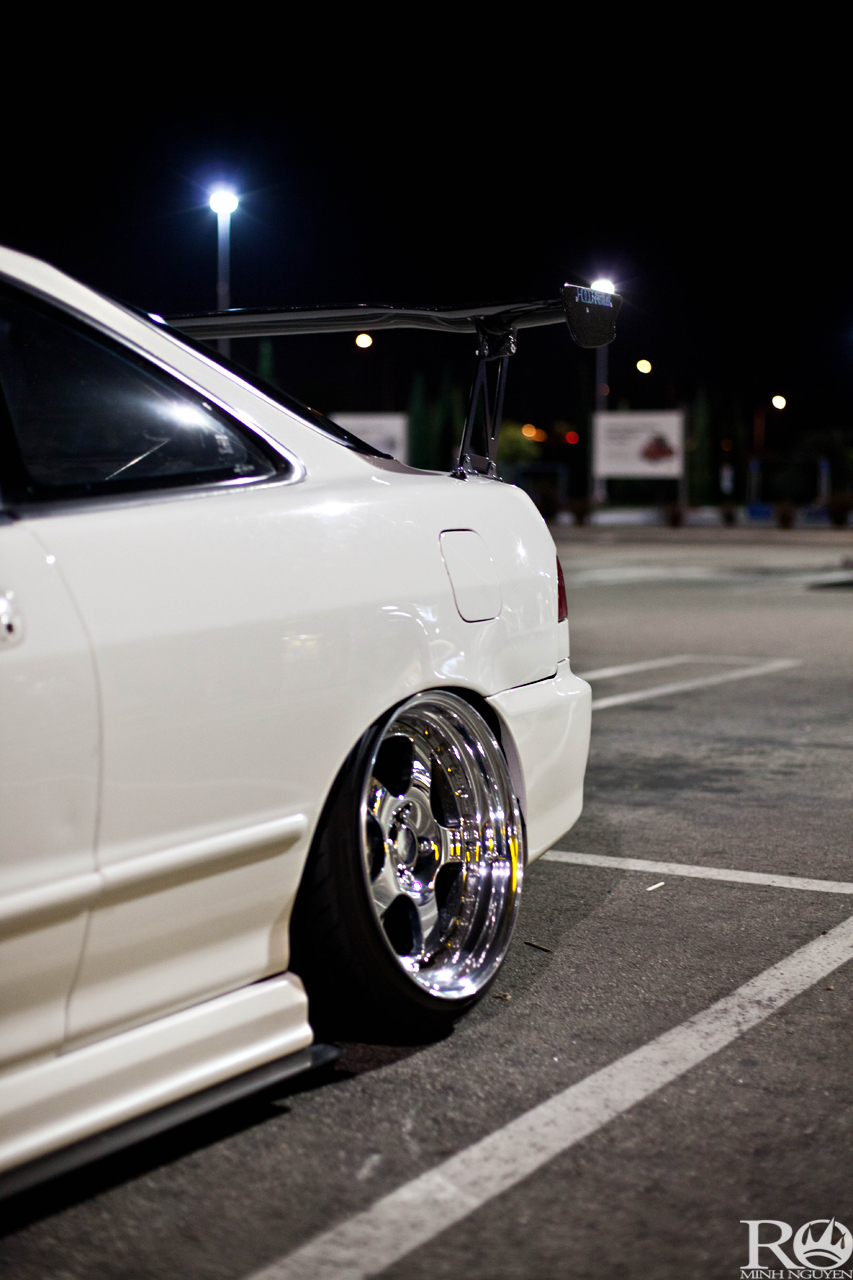 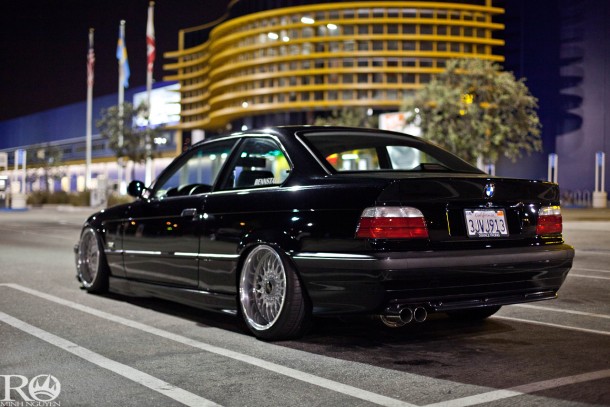 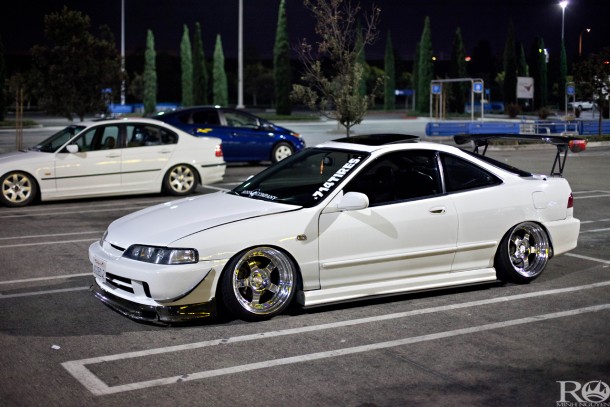 John’s car makes Kentaro’s E46 look stock. Watch out for this thing in the future, it’s going to have a little bit more horse power to back up that confused track look. 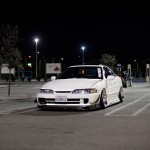 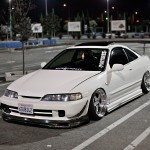 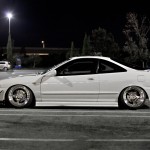 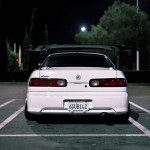 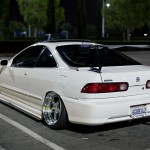 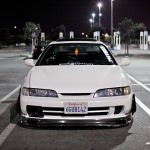 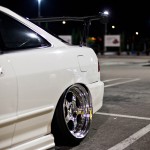 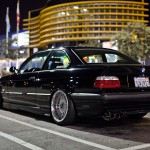 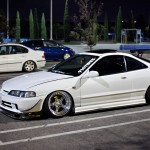 ← Previous Story They Lovin’ The Crew
Next Story → White & White