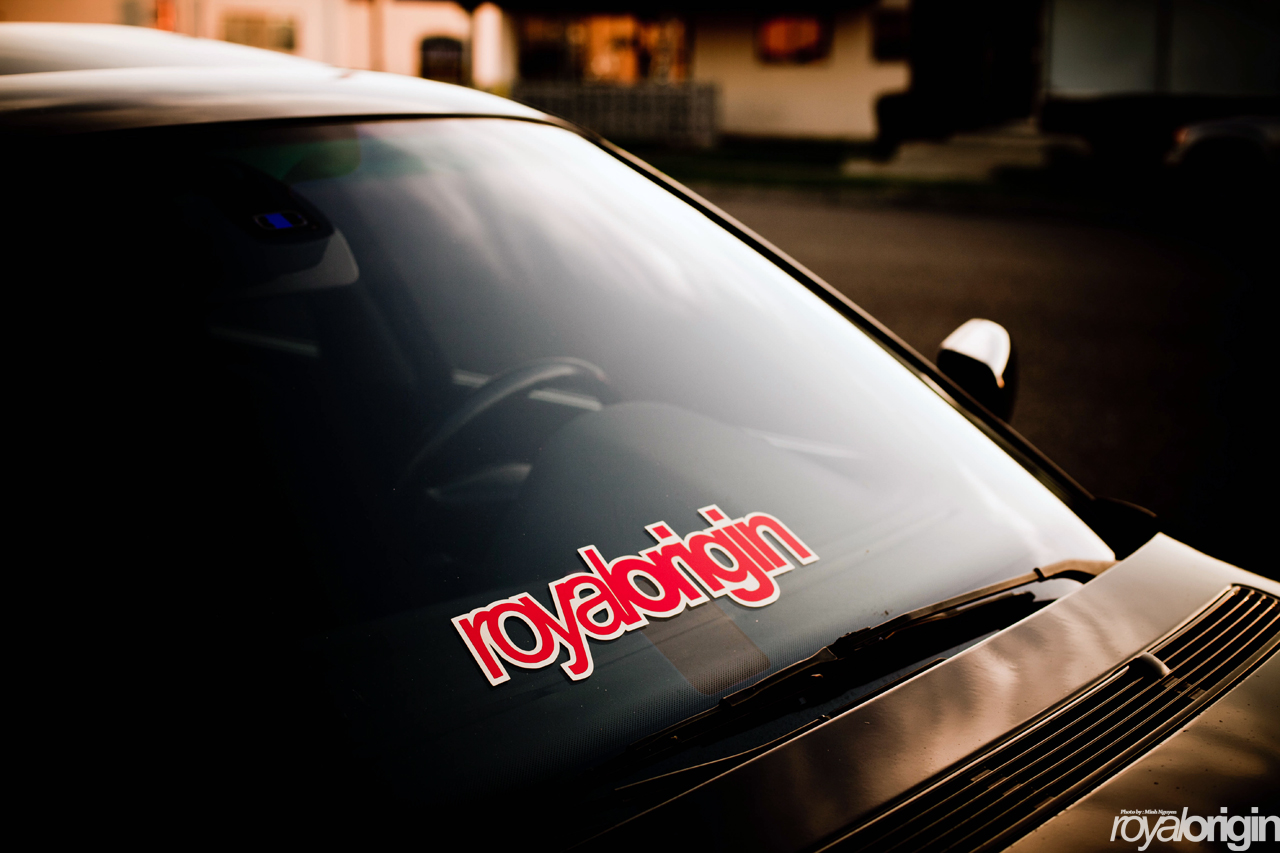 More Than A Sticker 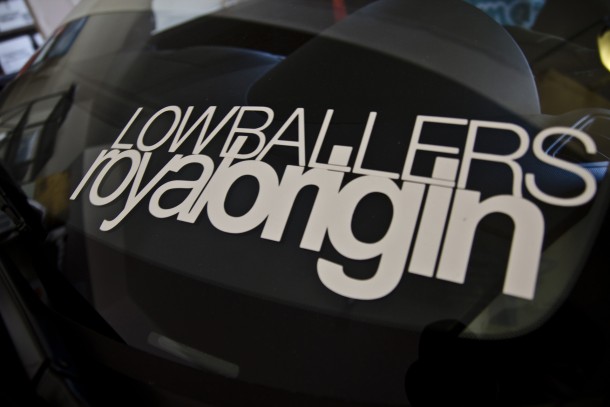 Occasionally we get asked; “how do I get into Royal Origin?”. Frequently we are asked if we are “accepting applicants” or if we need new members yet most of the time we can only offer the short response of “No, sorry”. One thing that I have always valued about Royal Origin is the tight family-like bond that we all have with one another. We’re not arrogant people who want to be super selective -we don’t recruit or judge potential members, but the reason why we may seem standoffish is because we are genuinely close to one another and when it comes to family; it takes more than a large budget build or an awesome looking car. This post isn’t going to give you readers a guide to how to become a member, but more importantly this post will hopefully give you all insight of how we all came together to become the group of people that we are today. 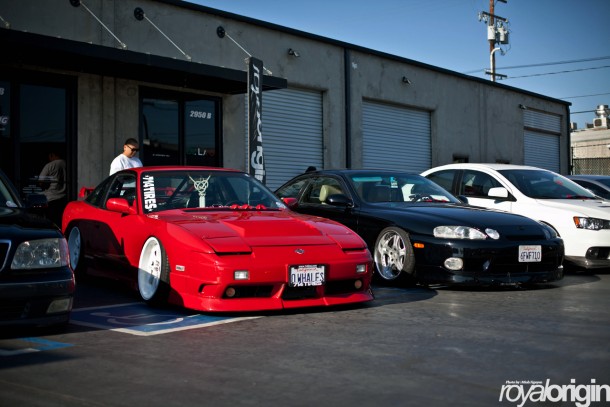 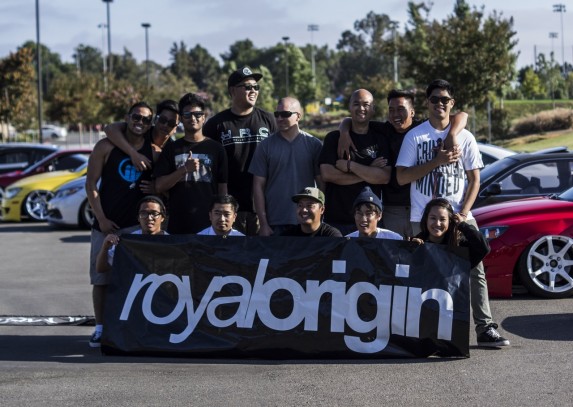 The biggest misconception that people have of us is that members need to have a “nice” car. In all actuality, the need to have a nice car is false. Take for example my car; if you’ve seen my white Miata you’ll understand. It’s not an inch off the ground and the fenders look like fried bacon. Some RO members even have cars that do not run, cars that roll on stock sunk wheels, and even cars that are completely stock.  Having a nice modified car is not a prerequisite. 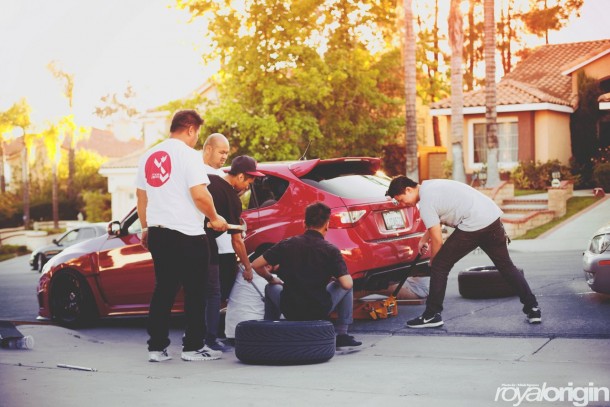 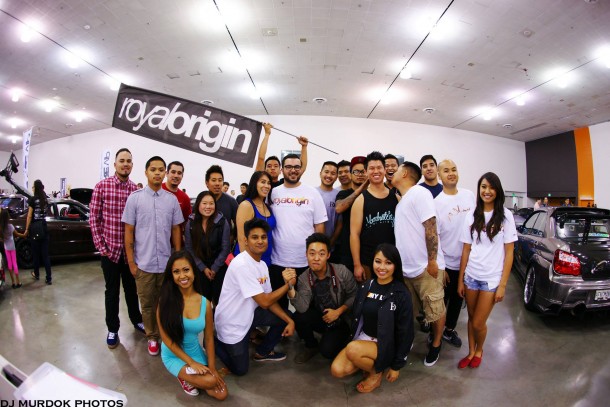 You do not have to commit to having a Royal Origin crew sticker as a permanent fixture of your car. We have had people tell us that they want to “rep RO all-day-everyday” – yet that will not get you any brownie points. There are those who you find their windshields absent of the Royal Origin crew sticker. Furthermore, Royal Origin is not a group of car owners looking to show off to the world by competing for trophies at car shows. We really appreciate the support and admiration from everyone but I really would like to stress that our objectives at meets and events do not consist of competing with someone’s pride and joy. 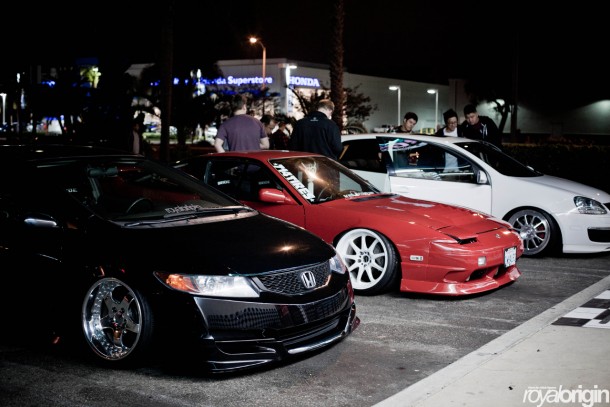 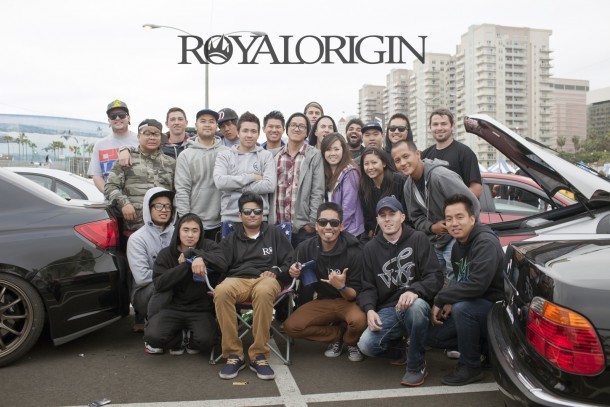 Almost a year ago Minh and I were discussing this topic and he said it best with the statement: “Royal Origin happens organically”. It could not have been put any better than that. What I hope this post can really inform you readers is that the process of being a Royal Origin member is natural and takes time to develop. The bonds shared amongst all of us are created over countless interactions such as hangouts, garage nights, celebrations, and even in times of need. What is possibly the most important aspect of a person in Royal Origin is his or her character. We have had a few people “fade-away” from the group as their characters were just not fitting. In retrospect, I believe all withstanding members of Royal Origin are humble, easy-going, helpful, and respectable people. There have been people fueled by greed, fame, popularity, and ego that have once been considered a Royal Origin member, but eventually they grow distant to the group and leave on their own accord. 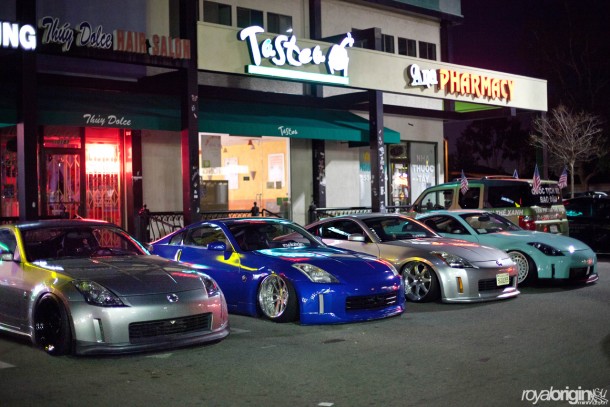 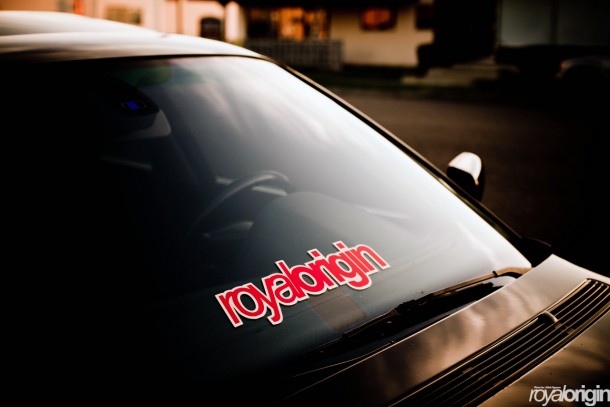 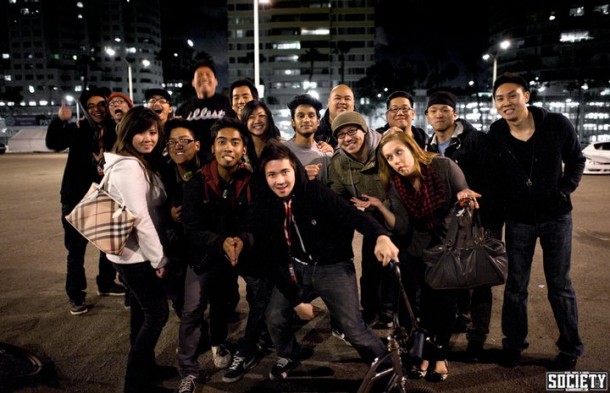 Eventually everyone will find their own group of people in which they find that they fit in best in. For us, Royal Origin is where we fit in. We hope to find more people who share the same passion and values that we do, but that is something that only time can tell. We love to meet new people and create friendships, so don’t be shy and don’t believe that we are a group that is uninviting to new faces. We welcome those who want to be in Royal Origin for the people and not for the cars. Although cars are the objects that allow us to meet each other, ultimately it is the character of each person that keeps us all happily together. Cars can be built, stickers can be cut, but nothing replaces family. 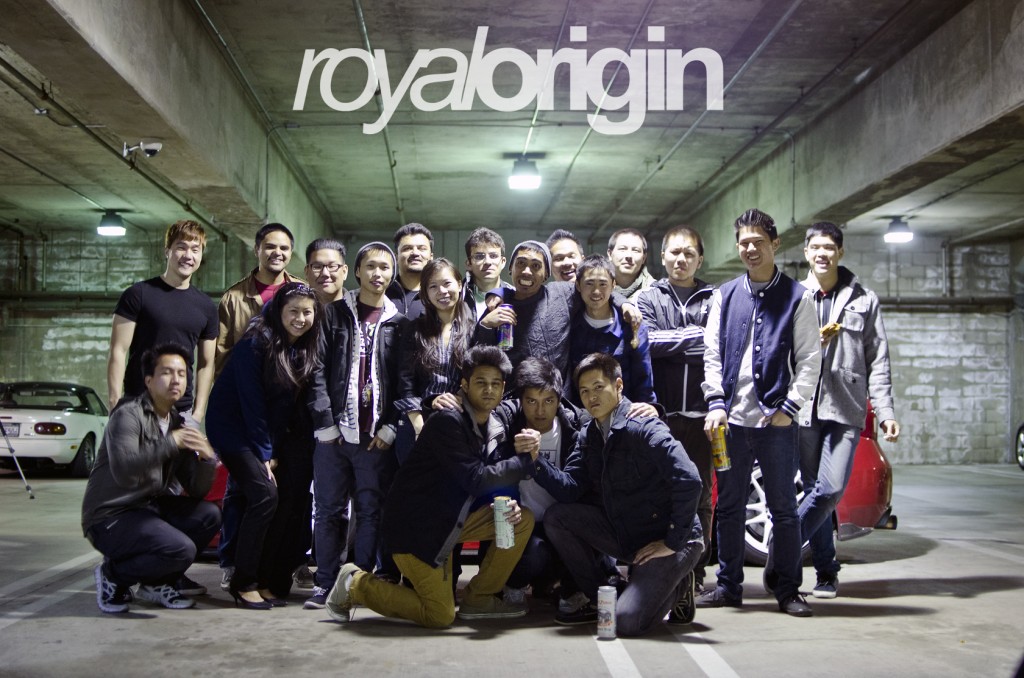