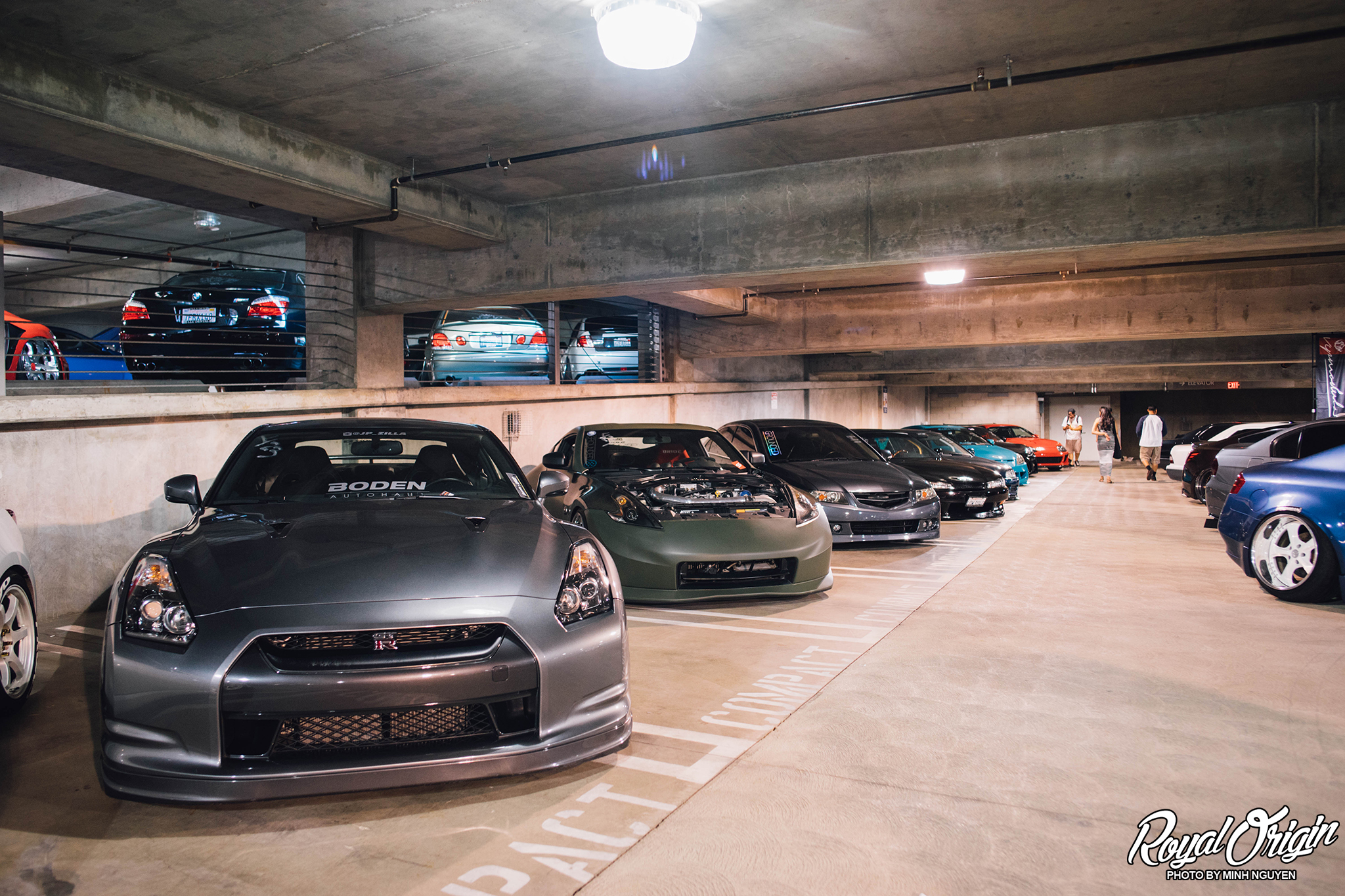 As you are well aware, last weekend was the Stance Nation x Nisei Show Off car show held in Los Angeles. The event coincided with the Nisei Week event in Little Tokyo where everything JDM was going on that weekend. We gave you the full gallery of photos from this event, but now let’s high lite some of our favorites from the show. 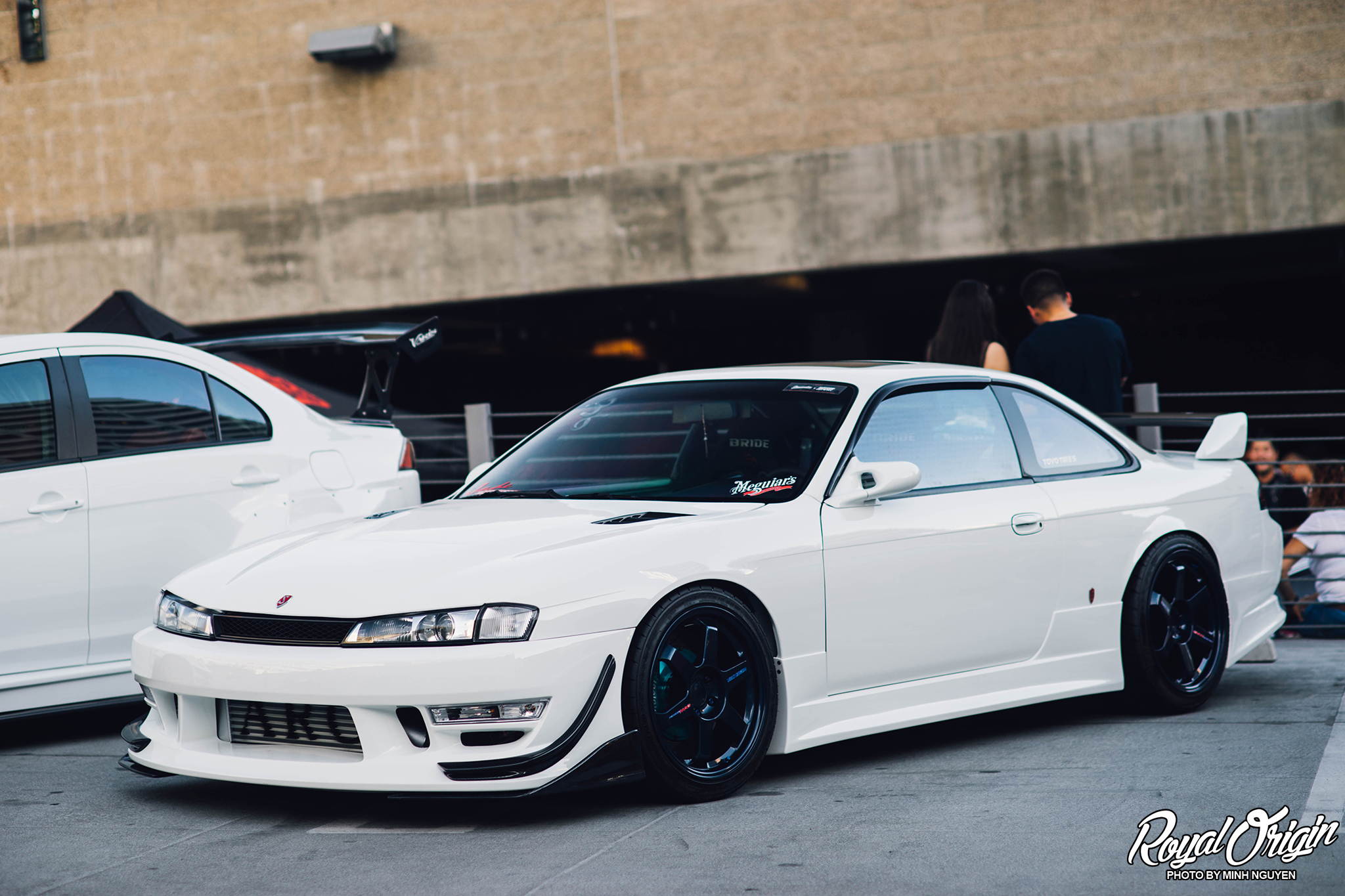 This kouki S14 was looking extremely flawless for a car that could be almost 20 years old. 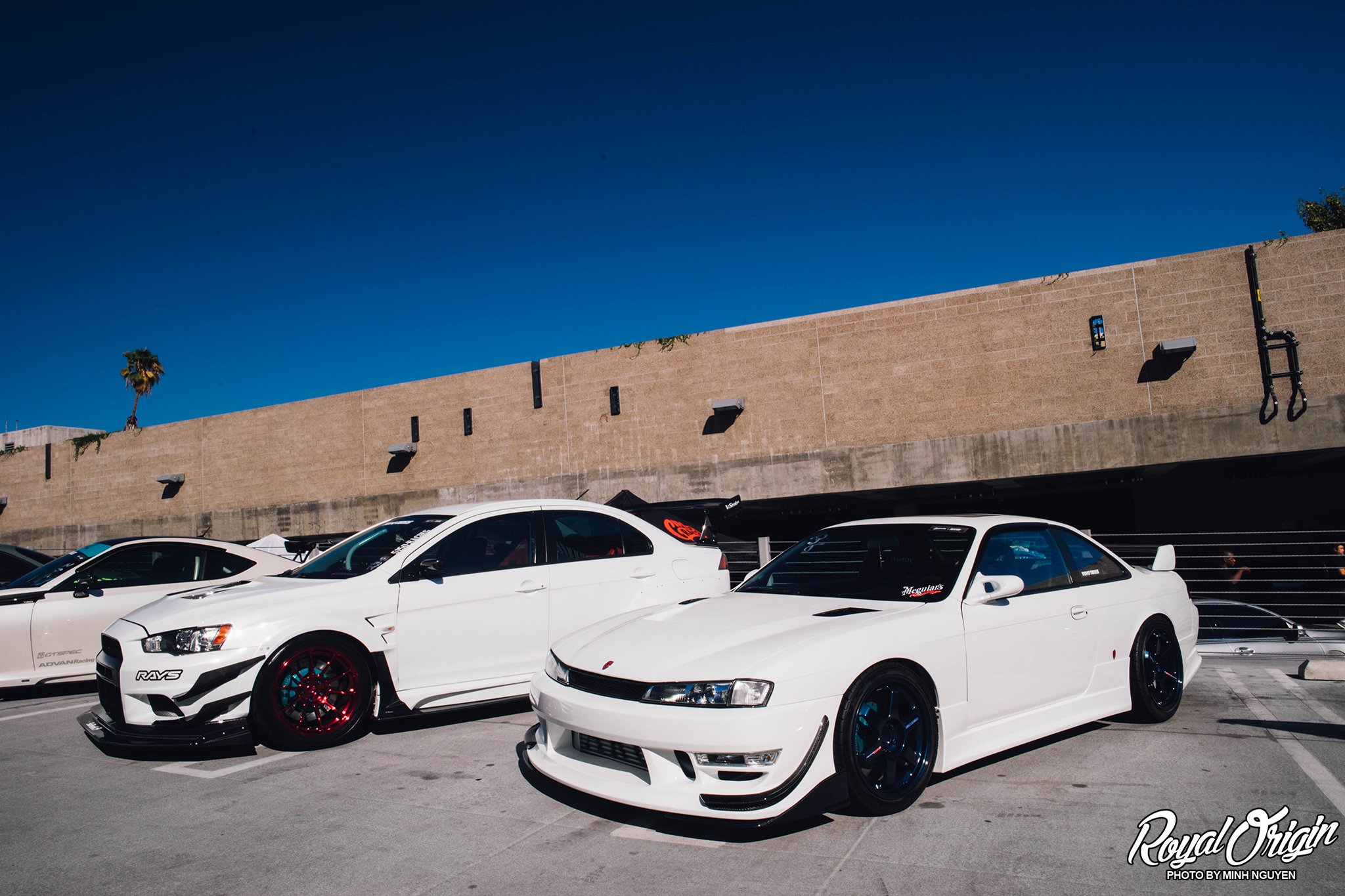 The S14 was sporting a full Vertex kit with a combo of ganadors and a subtle JDM S14 kouki wing. 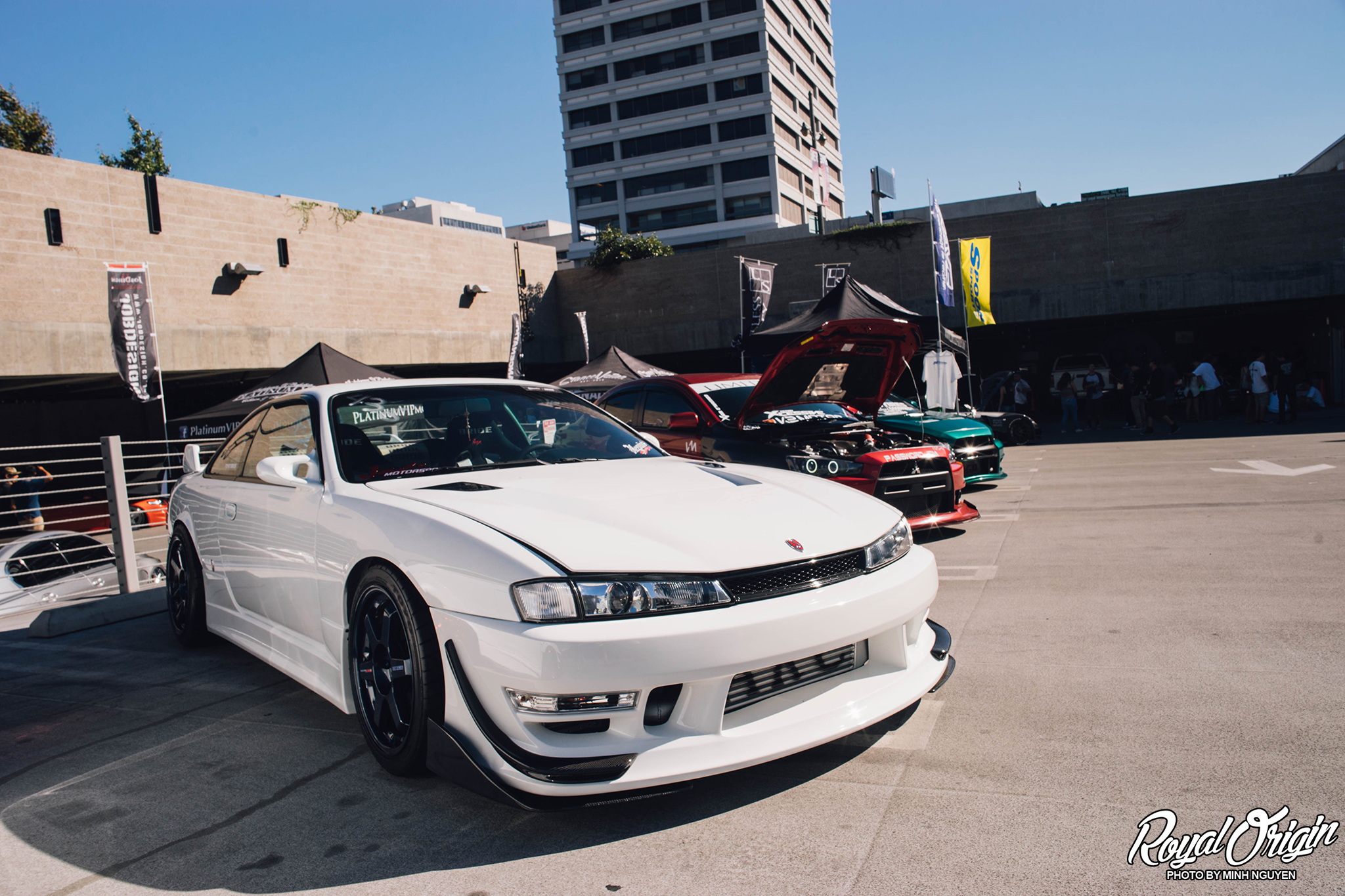 This sport S14 looks like to be boosted with the ARC inter cooler and to complete this aggressive sport look it is planted on some Volk TE37 in magnesium blue. Loving the overall execution of this build! 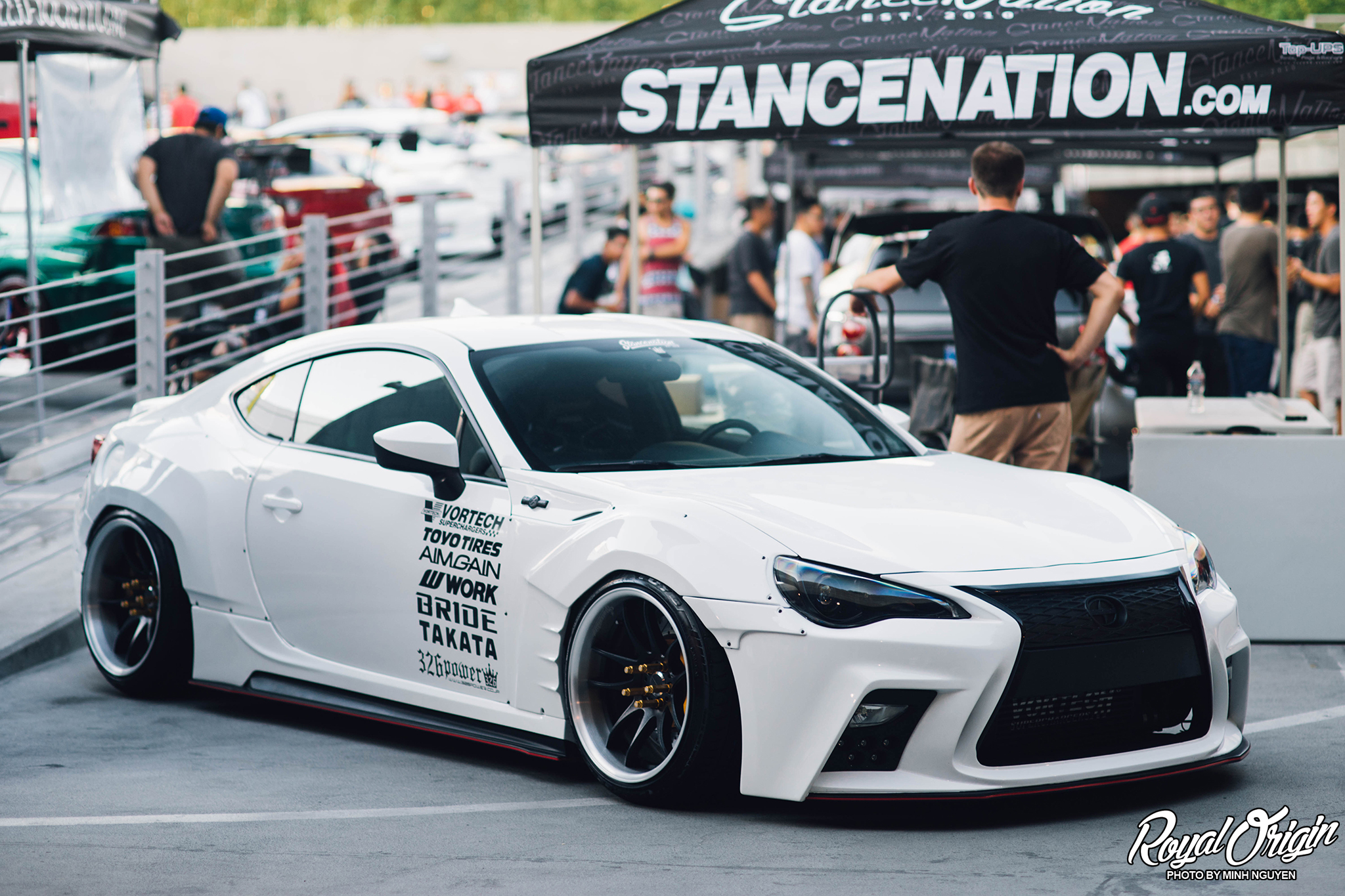 The next car would be the host of this event, Elvis’s Scion FRS. For a car that is fairly new, this car is completely whored out in my opinion, so when a build like this comes along and shocks and awes us, you know there’s something special about it. 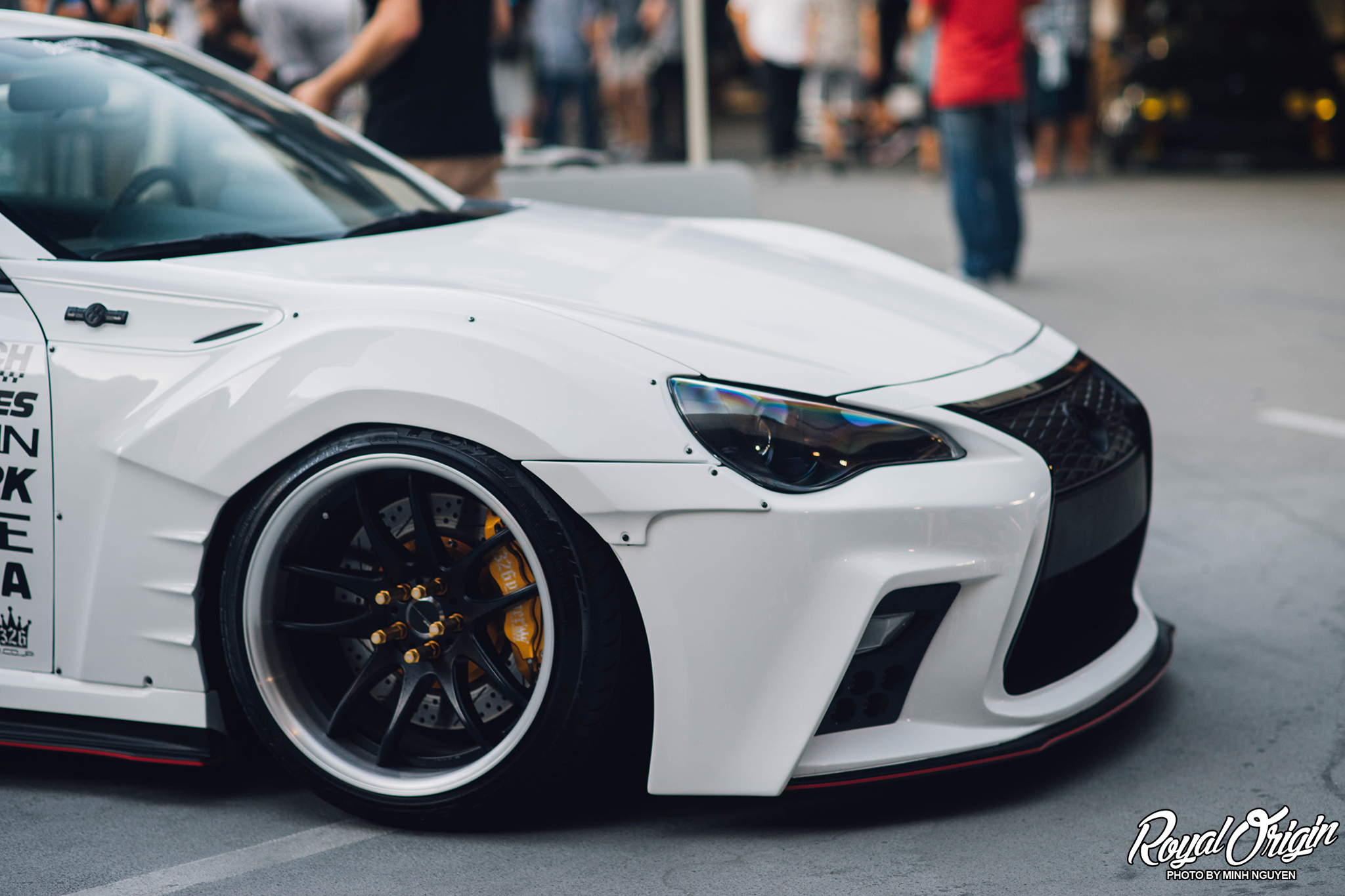 Besides being completely suited up with an Aimgain kit, this FRS is also rocking one of the first set of Stance Nation Edition CR2P in 18s. He also added some serious stopping power to his car with the 326 Power brake kit. 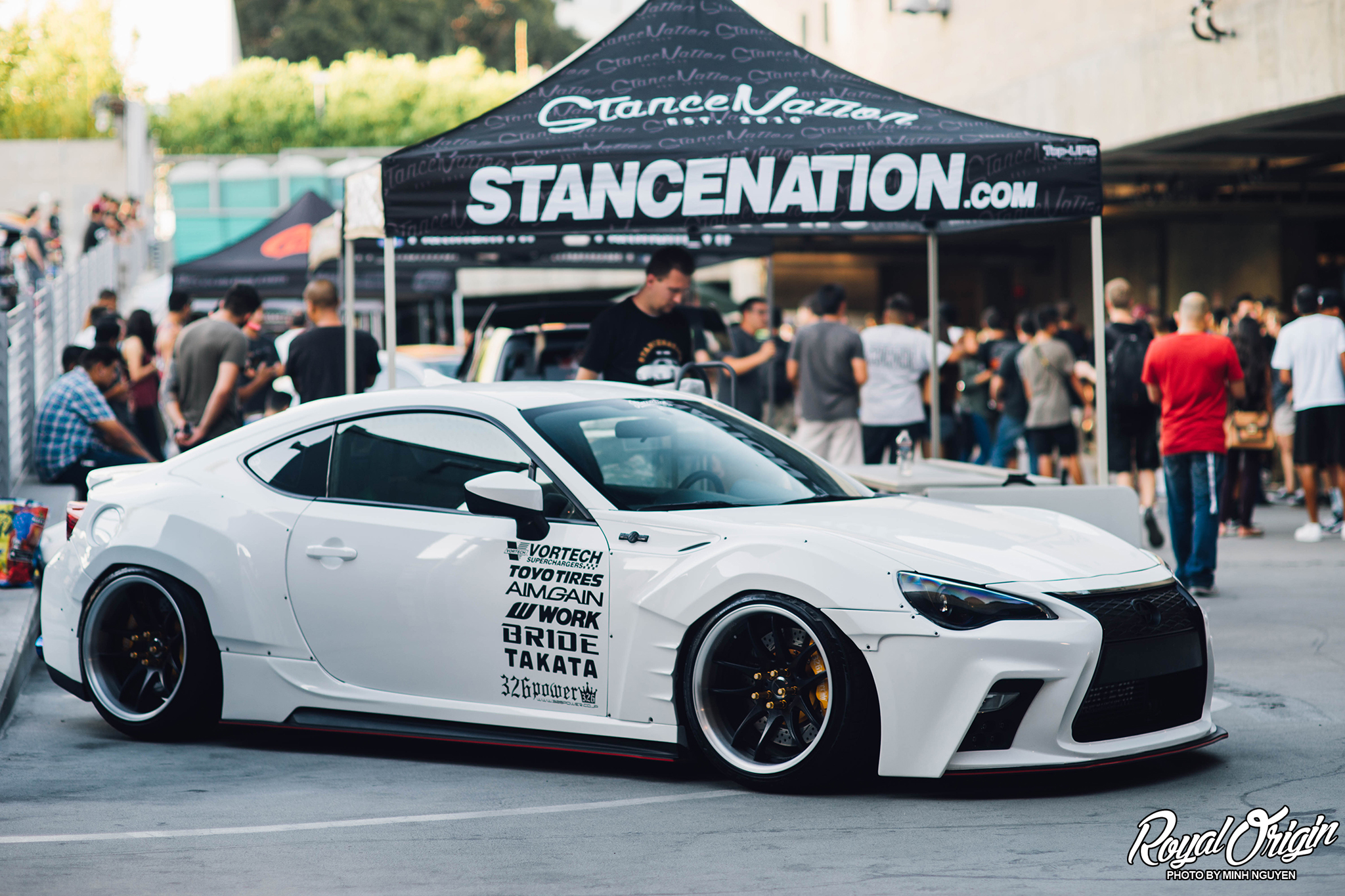 Boosted and able to be used as the ultimate daily, this is just another of Elvis’s memorable builds. 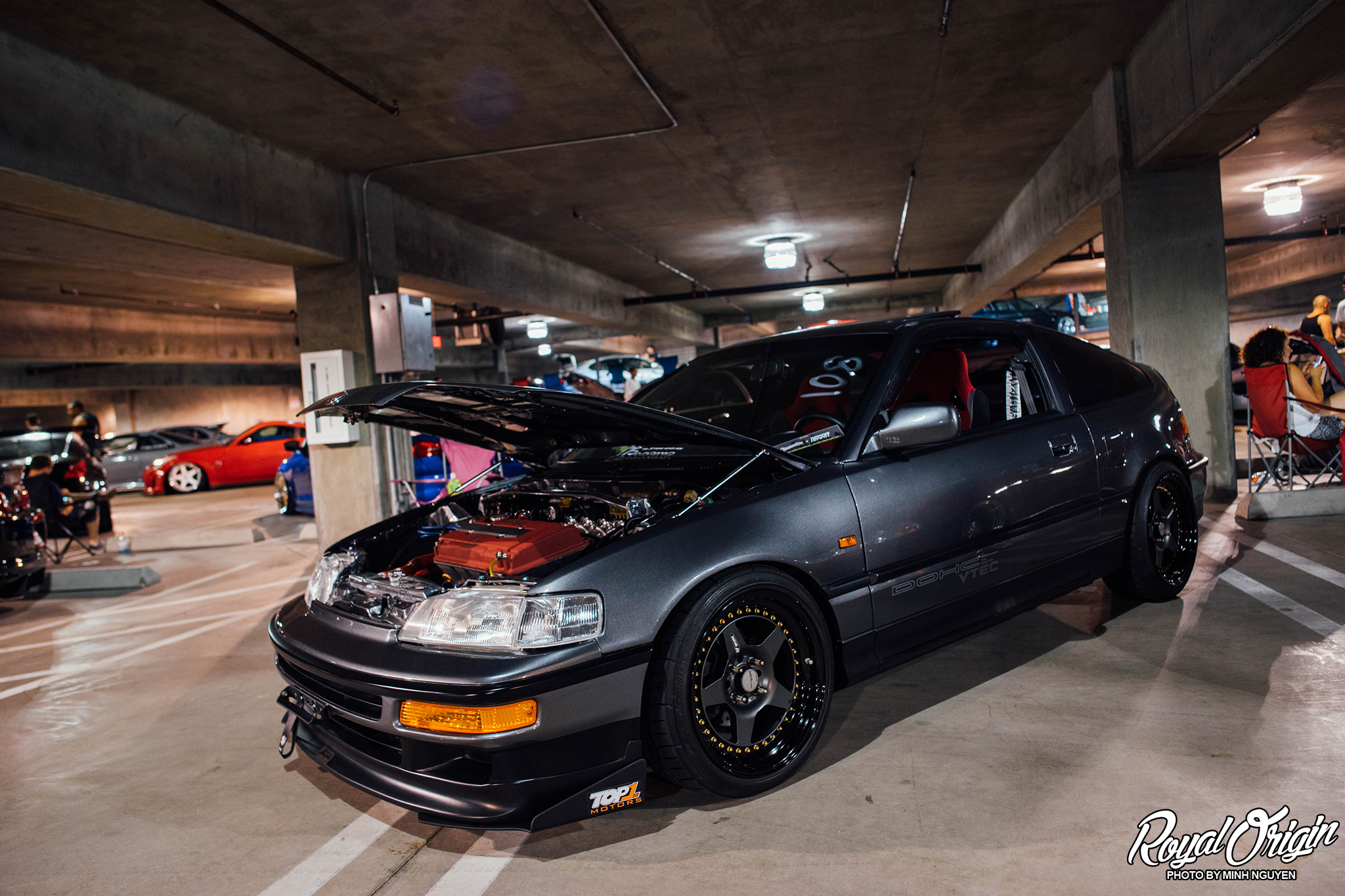 This next car is one of the coolest CRX’s I have seen in a long time. The simple metallic grey and black trim makes this car look so classic and it should considering this car is about 20+ years old. I’m not much of a Honda guy, but I can see that a lot of effort was put into the engine bay. 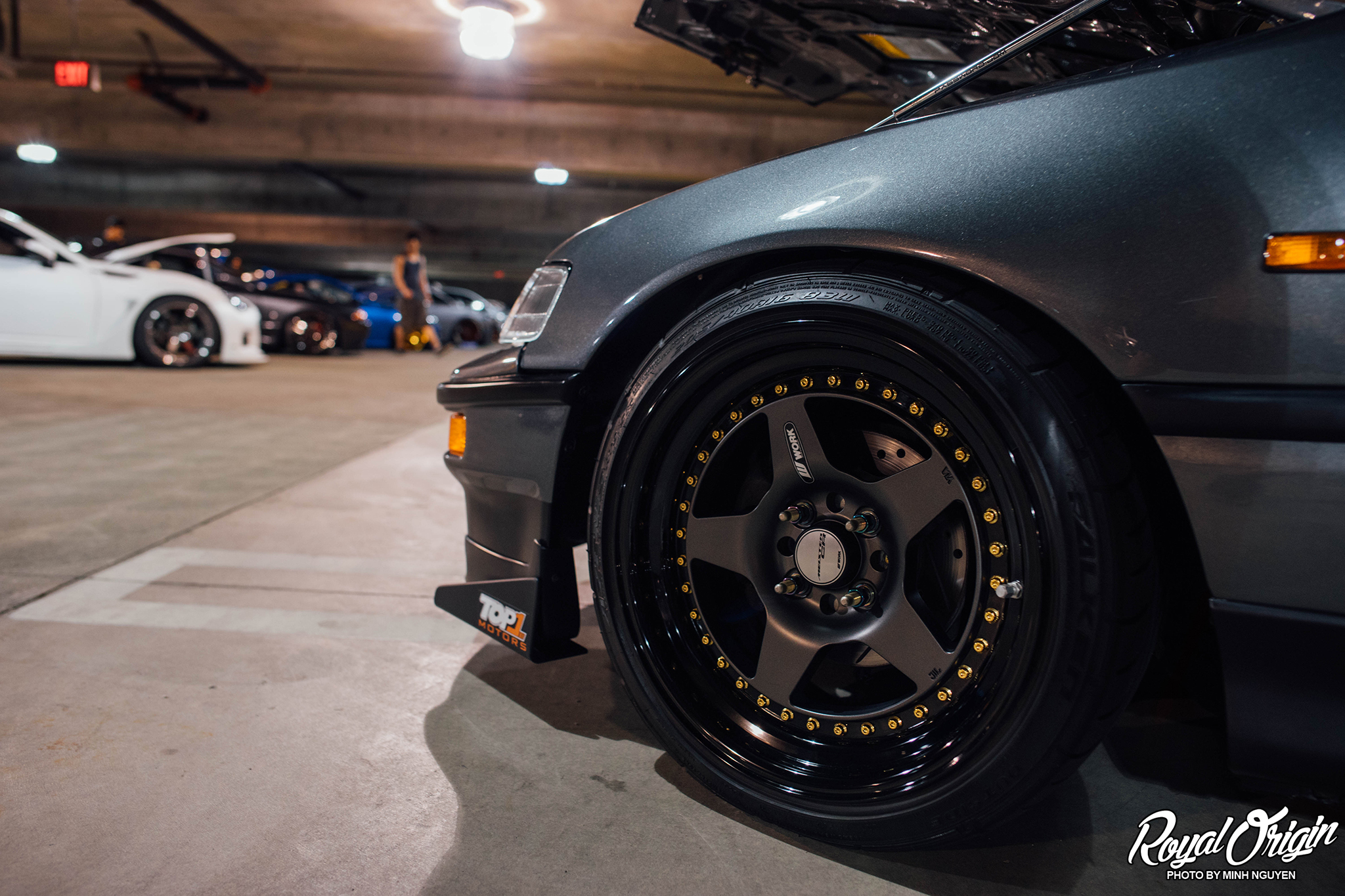 This CRX was also rocking the Work Meister CR01. A wheel that I want, but I have no car to put it on. 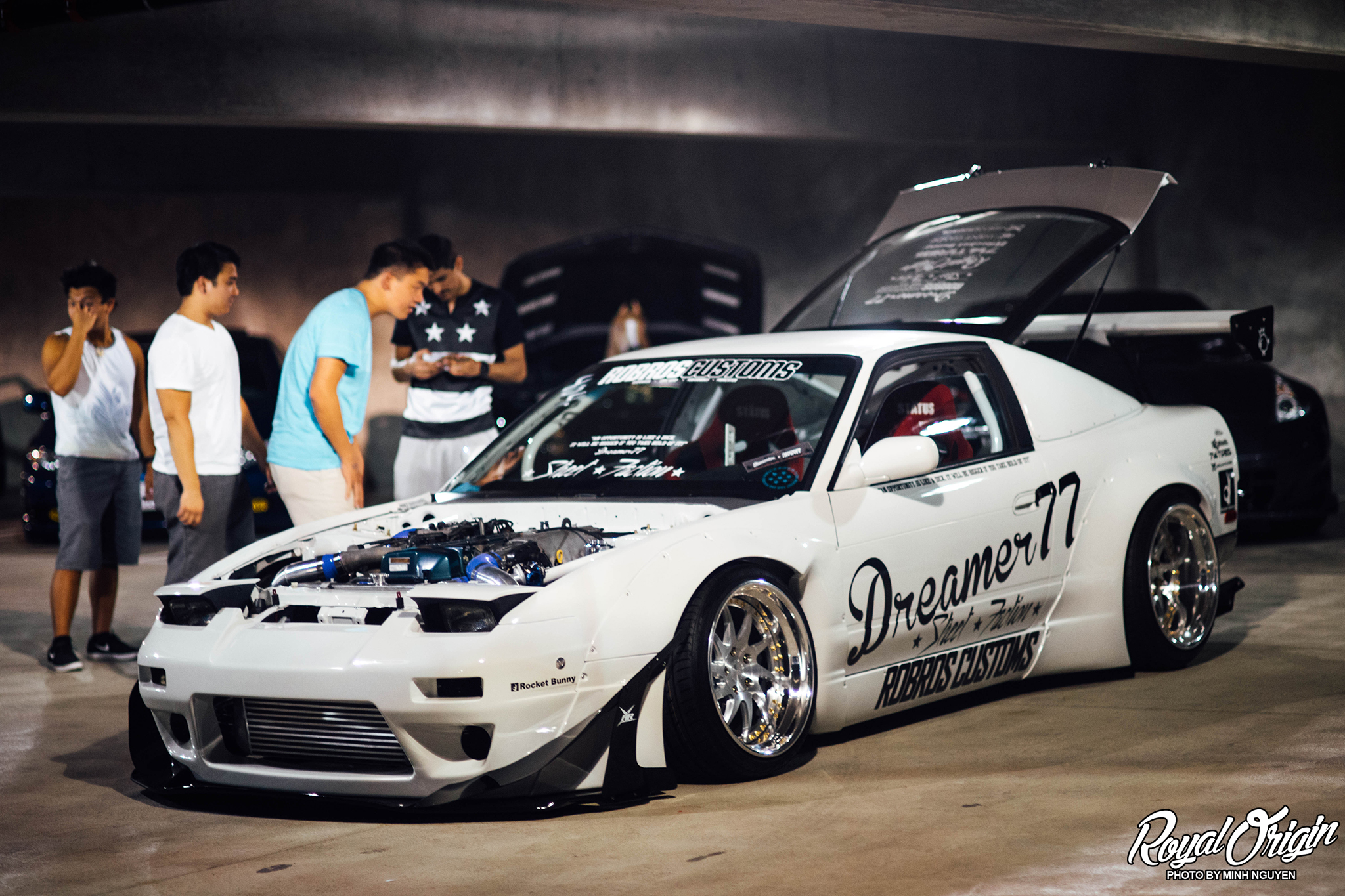 This next build, I have a major bias on because I’ve seen it go from a rolling shell to this Rocket Bunny S13 with a 2jz-gte. 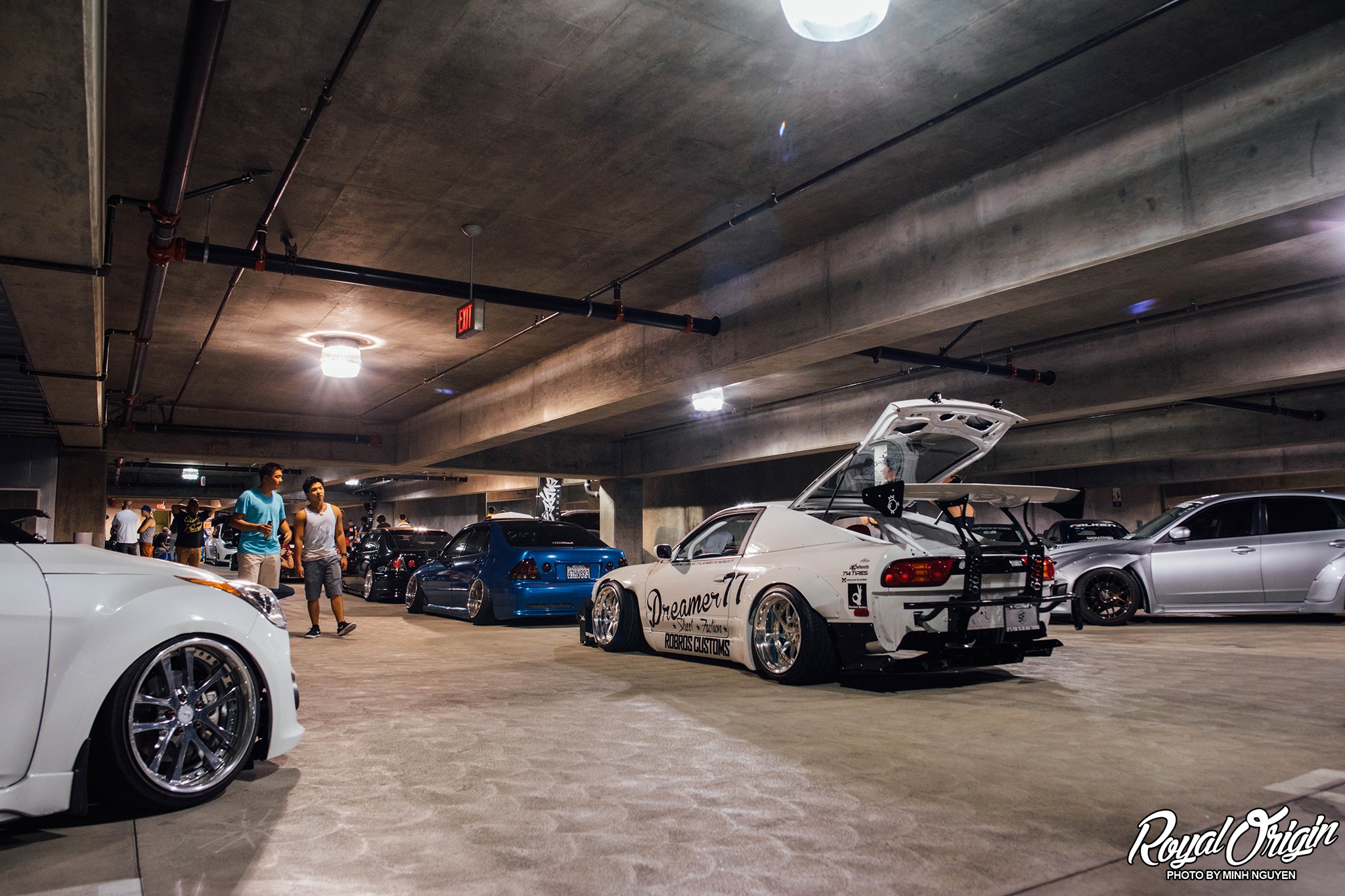 There is so much custom work done to this car, it is ridiculous. From the e-brake to the custom front bumper mounts for easy removal to the fuel cell this car literally has it all. 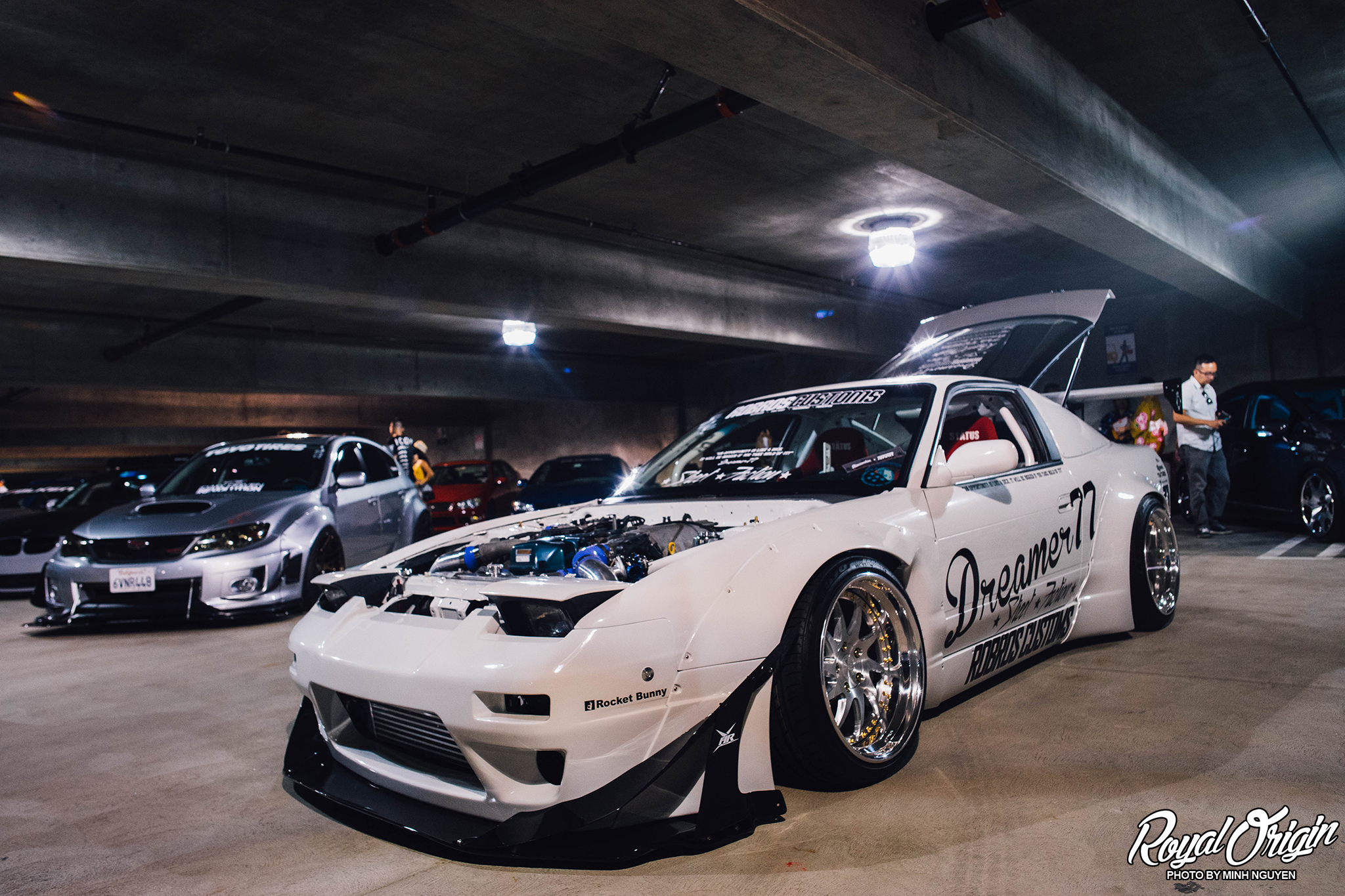 What’s next for this car? To upgrade from car shows to drift events. 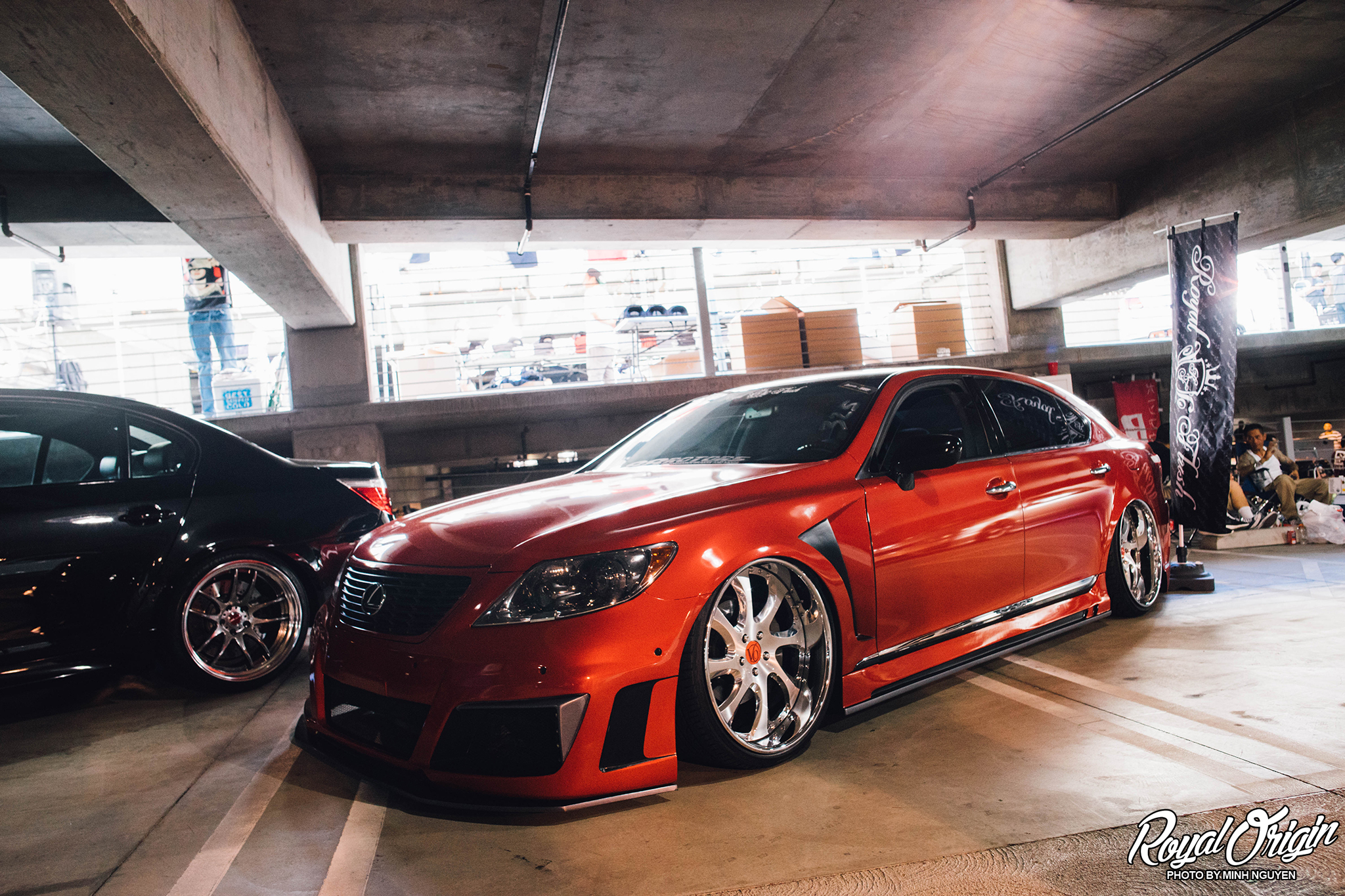 This car comes from MV Wraps by Mike Vo. Mike has been killing the Lexus game in his GS300 and now he has a new platform and that is this LS460L. Mike is all about the one-off kits and he didn’t make an exception for his LS460L. Mike is rocking a custom front bumper probably molded from a bumper that isn’t meant for his car with a custom wrap that Mike does all by himself. Check out all of the accents! 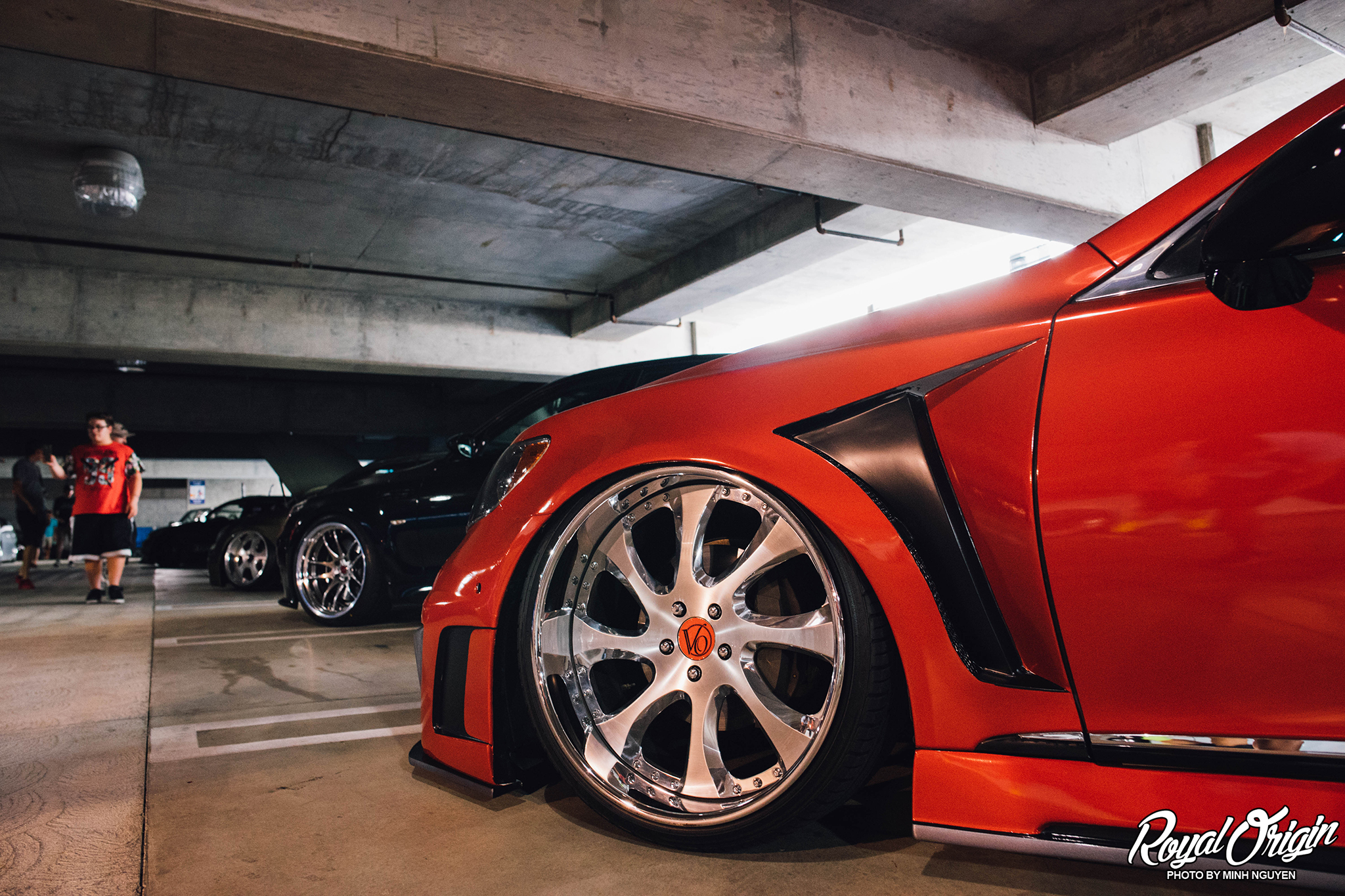 Mike’s LS460L is rocking some sick VIP Modular wheels as well to complete his VIP theme. 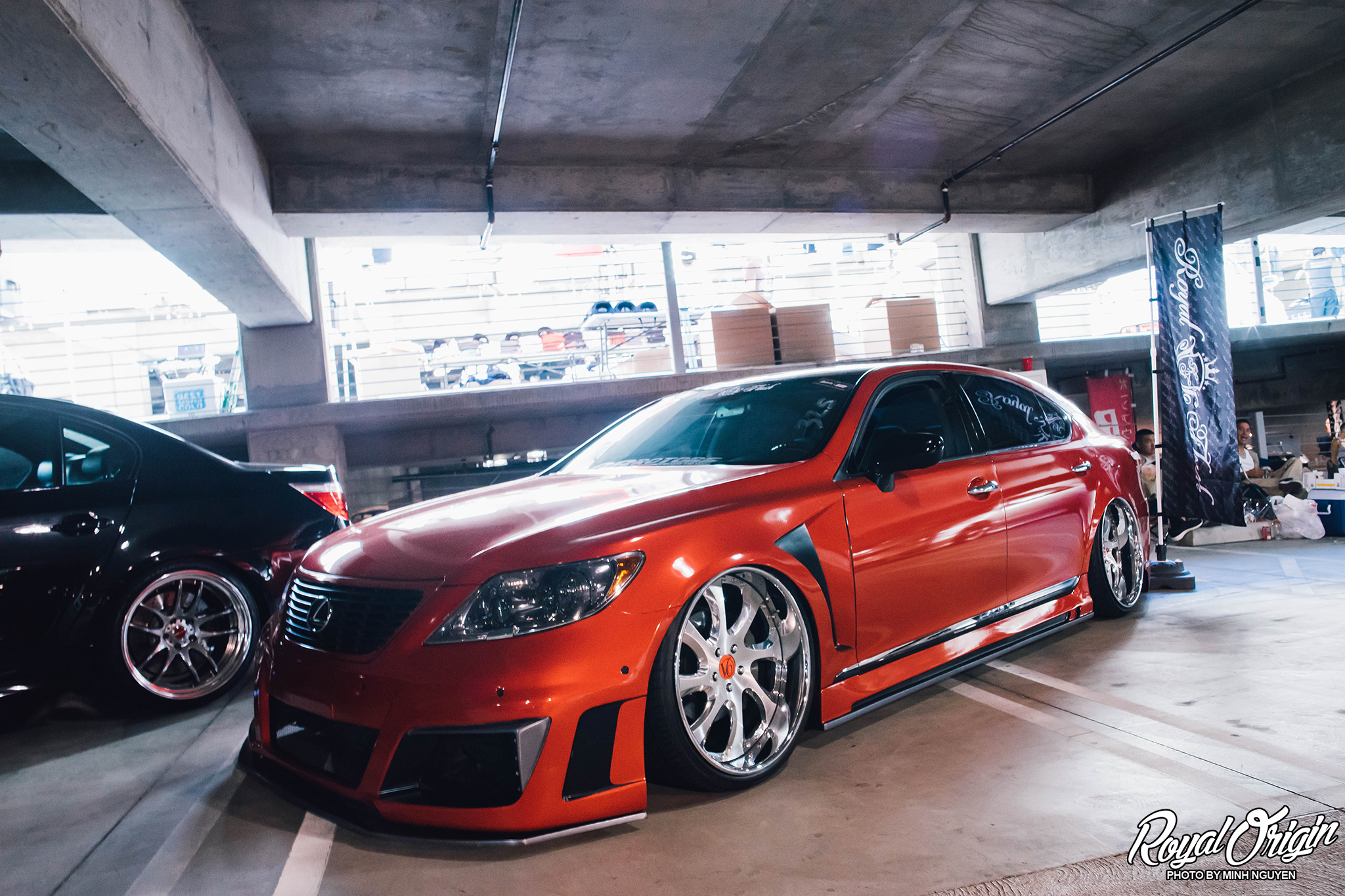 A boss ass one of a kind VIP build. Good job Mike!